William should think before he rejects his grandmother’s solemn oath 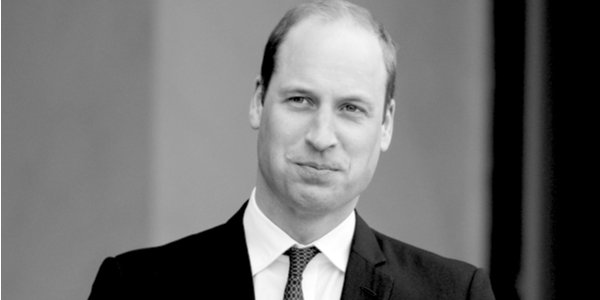 During the visit Prince William stated that if any of his own children were homosexual, that would be ‘absolutely fine’ by him. He declared, ‘I support whatever decision they make, but it does worry me from a parent’s point of view how many barriers, hateful words, persecution and discrimination that might come.’

Here we notice that the prince has immediately embraced as unquestionable the primary assertion of the gay rights movement, namely that homosexual people are inevitably victims in society, and are subjected to hatred and persecution. The victimhood tactic, of course, is historically the most effective way of advancing fashionable liberal causes.

It is surely strange, however, to keep on using it, when big business, public bodies, the media, supermarket chains, the police, the armed forces and not least the politicians are constantly queueing up to tell us how pro-LGBT they all are.

Yes, of course there are unpleasant characters out there who may be verbally aggressive towards homosexual people, and a lesser number who may actually engage in violence, and there are laws in place under which they can and should be prosecuted. Such thuggish and deplorable individuals would doubtless act the same way towards any range of people they felt they could bully or who dared to upset them or get in their way.

The plain fact, however, is that in the UK all things LGBT are now mainstream and very establishment, and to keep on claiming victimhood and persecuted status increasingly comes across as a ploy to deflect genuine moral concerns and to shut down reasonable debate. Nor does the victimhood tactic accord with the stark reality that it is Christians daring to question the LGBT agenda who are the ones being publicly victimised and even losing their employment.

I would like courteously to challenge Prince William as a Christian pastor. The Biblical teaching on homosexuality is unequivocal. What the prince has just stated in effect is that he will support his children if they choose to defy God’s moral law and providence, either by embracing the homosexual lifestyle, or by seeking to change the gender which God has assigned to them. He is therefore dismissing as invalid the views of those who hold the Bible to be the word of God.

It should be added that the Duke is also publicly rejecting as a meaningless archaism his grandmother’s solemn promise in 1953 as our head of state ‘to the utmost of her power to maintain the laws of God’.

I therefore respectfully submit that the Duke’s recent comments represent nothing less than a public repudiation of the Christian Scriptures and of the God-ordained family unit, and are accordingly deeply to be regretted. And lest anyone should be in any doubt, I uphold God’s moral law in respect of homosexuality precisely because I love my homosexual neighbour and seek the best for him.