The wimmin-friendly Web that the Guardian would weave 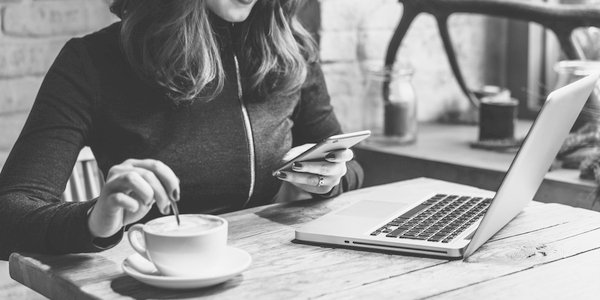 This piece is not, however, about porn. It is about warts: irritating little tags that can grow into all-distracting disfigurement. There is a lot, of course, that is warty about the internet and that is why the Guardian has launched its ‘The Web We Want’ project. That august publication feels we no longer have to take the internet warts and all. For the Guardian, the wartiness is above all the online ‘vituperative modes of interaction . . . bullying, shaming and intimidation’ directed at female journalists, together with the sacrifice of the truth, given that we are no longer getting our facts courtesy of places we can trust. That’ll be Guardian editorials then.

In a recent article, editor-in-chief Katharine Viner lamented how it had gone so wrong, especially when the digital dawn had seemed so rosy under ‘forward-thinking editors like Alan Rusbridger’. She wrote: ‘But it has become clear that the Utopian mood of the early 2000s did not anticipate all that technology would enable. Our digital town squares have become mobbed with bullies, misogynists and racists, who have brought a new kind of hysteria to public debate.’ Even with the benefit of hindsight, Viner is unable to describe her paper’s former editor as wrong in how he ‘embraced this hopeful new future for journalism’.

That’s the thing about the Left: they do get carried away with their Utopias. The reason is that they are naïve about human nature. It’s nice to believe that everyone is lovely, that everyone does their best, that they will listen, that they have the inclination to be civil, that they have the intelligence to argue a point, that everyone wants a job, that everyone is hard-working and that nobody is ever lazy. That’s fine. That’s their take on things and that informs their politics and overall worldview. It’s just that it means they often get things wrong. This is what happened with Mr Rusbridger. He got out in time though, safe as he is dividing his time between a position at Oxford and writing books.

So where are we now with the internet, now that the sunlit uplands are in shadow? Well, we have social media. This democratisation means that everyone gets their say. Everyone has a voice. That’s right: the people, the masses, the proletariat, the great unwashed. To the astonishment of the Left, this has brought home the unwelcome and thoroughly uncomfortable fact that not everyone is nice and wants to engage in an ‘interesting and forward-thinking conversation’ as another Guardian writer, Jessica Valenti, bemoaned. Some people are trolls. Once upon a time, in the pre-digital Eden, this was a word found only in The Three Billy Goats Gruff. That was when Mr Rusbridger was at the Guardian’s helm ‘investing in digital expansion – hiring engineers and project managers – and understanding that journalists . . . must be open to challenge and debate from their audience’. Even in recent times Viner was writing that this promising new world heralded an end to the time when it was newspapers and textbooks handing down fact and opinion from on high; all that top-down business that came from the age of deference. Well, one reaps what one sows. They got what they wished for, trading it for authority, fact-checking and accountability. What we have now is an online world where people are free to be as ignorant, shouty, sneering and monosyllabically Anglo-Saxon as they want. They can abuse, menace and threaten. Brave new world. No good bleating now.

The Guardian is therefore wringing its hands about how on earth to deal with this Frankenstein’s monster that it helped to create. It wants answers to questions about changes to the law that could ensure better protection and policing of ‘shared space’, and what responsibility lies with platforms like Facebook and publishers such as the Guardian. One of the problems with social media is anonymity. If Guardian women journalists are upset by what they read from these violence-threatening ‘free speech warriors’, as Valenti points out some people celebrate them, then why not do that hashtag-sticking-together-as-women-thing and demand an end to the anonymity granted by papers? Demand from Viner et al that from now on it’s got to be an online version of Letters to the Editor with a name and address at the end? This would mean that only the polite, the literate, get through. Or would that not be inclusive and diverse enough for the Guardian?

Maybe it wouldn’t be a runner. Not least because the Left are quite keen on anonymity, or at least when it suits them. For a truly breathtaking demonstration of hypocrisy, though, Valenti takes some beating. When it was rumoured that writer and author Katie Roiphe (or ‘notorious anti-feminist and backlash opportunist’, as Valenti describes her) was about to reveal the creator of the Sh*tty Media Men list, Valenti tweeted that removal of anonymity would be ‘incredibly dangerous’ and that the woman would be subject to doxing (broadcasting private or identifiable information) and threats. She further tweeted the subtly menacing message: ‘Katie Roiphe certainly has some explaining and apologising to do.’ Or what? Valenti and the sisterhood are perfectly fine about people making accusations cowering behind anonymity when it suits their gender politics agenda, guilty until proven innocent, and if an innocent man gets caught in the crossfire, then so be it, that’s just collateral damage. After all, he’s only a man. Double standards.

There is, of course, an obvious solution to the potentially distressing nature of the abuse that comes with social media. Don’t read it. Don’t look at it. Don’t go on it. Don’t do it. Poor Valenti can’t seem to help herself, even though she says she’s been subjected to appalling abuse for a decade. There she is, time and again, having her Sunday evening family dinner disturbed, scrolling through the comments. Why? I guess that’s addiction for you. As for people being convicted for threats of violence or death made online, some of us are in favour of harsher sentencing. We’ll be fine with that so long as it applies to all other similar threats in society (MPs have long been getting a tough time) and is not just one law for nervous female journalists of the Left. Would that be all right?

The Guardian’s words ‘The Web We Want’ mean ‘The Web the Guardian Wants’. And what the Guardian wants is that its writers (at least its female ones) are never subject to challenge in the form of derision, mockery or scorn however provocative, misinformed or carelessly argued their pieces may be. Those who believe in free speech need to be suspicious of moves that are more about deferring to the possibly affronted sensitivity and intellectual vanity of Guardian women journalists. The very words The Web We Want have the ring of a self-appointed authority that knows what is best for us, knows what we should be thinking, knows what we should be saying and how we should be saying it.

The irony is that the political party that the Guardian is hoping will get to power in a few years has the feeding frenzy of social media to thank for its own membership growth. That’s all right though because, as we all know, online nastiness comes only from the other side, the non-Guardian subscribing side. All the rest is democratic, energised, inclusive, engaging of the young. No. Be careful. The rest could well be silence.