NewsPaperthe art of publishing
HomeNewsWith this prayer, miracles will happen
108

With this prayer, miracles will happen 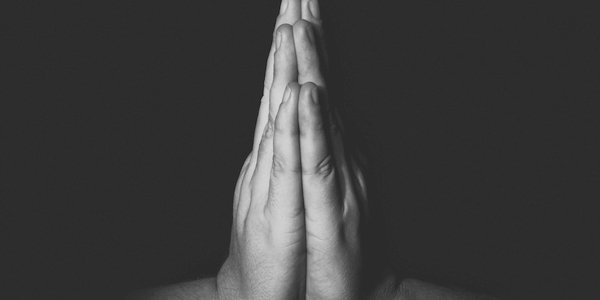 I WAS recently involved in translating a book by a Rabbi I know from Hebrew into English. It is titled The Wonders of Gratitude, by Rabbi Shalom Arush. In it he emphasises three things.

The first is that anyone who prays to God for half an hour every day will have actual miracles performed for him. He brings many real-life stories from people who have written to him telling him about the salvation they had after they read his book and started praying every day.

Secondly, we are required to be happy always, at all times, with everything that happens to us.

Thirdly, our prayers must be filled with giving thanks to God, even for the bad things that happen to us. There is one story there from a police inspector who related how he had had cancer, he read the book, started praying to God every day and thanking Him for the cancer, and suddenly it went away.

I went through the whole translation thinking a lot about my brother, who has cancer. The only problem was, since he is not religious in any way, how on earth would he be able to pray for half an hour a day? After a lifetime of not praying at all, I doubt if he could think of what to say even for half a minute!

So, I decided to write a prayer for him to say, based on the book. It took me about three months to write but I finally got it finished. Saying the words out loud at a normal reading speed takes me about 30 minutes. I emailed it to him and said: ‘This is your mission, should you choose to accept it – just say the bloody thing! You are not required to understand or believe everything it says. Just read it out loud. As the Sages teach: The heart is drawn after the mouth. Even though there are certain to be things I have written that you don’t feel and even don’t agree with or even totally reject – just read the words! Or not. As you wish.

‘Based on my past 30 years of a religious life, praying and learning Torah all day every day, and also the copious number of true-life stories the Rabbi relates in the book of people having absolute miracles done for them, some of them even immediately after starting doing the half-an-hour prayer every day: ailments cured, debts disappearing, court cases cancelled etc., I feel confident that I can promise you that if you say this prayer every day for seven days your cancer will be cured.’

The fact is that I had worked very hard writing this prayer, constructing it not only from the book itself but also from multiple other sources, and now I needed a volunteer from the audience to see if it works! I said to him: ‘If you are ready and willing to be a guinea pig for Pfizer and try out an experimental and completely untested vaccine that doesn’t prevent you from catching the virus or transmitting it, then the least you can do for your poor miserable brother . . .’

I was fully expecting the answer: ‘Thanks, but no thanks’, but lo and behold, he agreed to say it for six months! That was already the first miracle.

A month after he started saying the prayer every day he went for his next blood tests, got the results and there had been no change whatsoever from his previous tests. So that’s all right then.

So, the only reason that I am posting this article here on TCW is that you might be in a similar situation or know someone who is, and you might feel like saying a quick prayer about it. But what if you find that you have temporarily mislaid your own prayer and can’t find it anywhere? In that case, please feel free to borrow mine. I have put it up here on my website. You can even take it home with you if you want! Just do me a favour – remember where you found it, and put it back when you’ve finished with it. 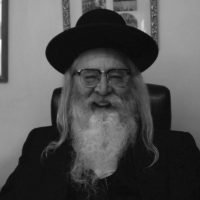 Jonathan Montlake
Jonathan Montlake was born in 1956; he was not religious growing up in London, but after feeling a spiritual void in his life he is now a chassidic Jew living in Israel.