NewsPaperthe art of publishing
HomeLaura PerrinsWith values like these, no wonder The Youth are depressed
1

With values like these, no wonder The Youth are depressed 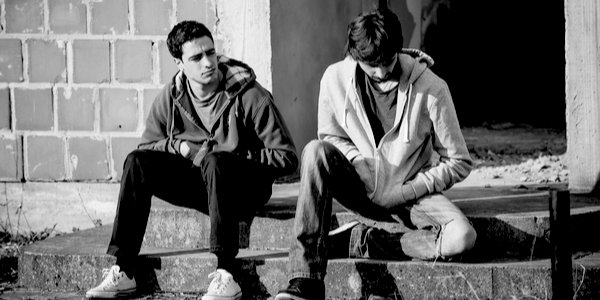 The Centre for Policy Studies published some interesting findings about The Youth last week.

It found that a staggering 49 per cent of adults aged 25-39 say they can never see themselves voting Conservative at the next general election, and just 9 per cent say they are certain to do so. That is 49 per cent of The Youth saying there is zero chance of them voting Tory. That detoxification went well then.

Confusingly, however, young people are more likely than over-40s to believe that government taxes and spends too much, as opposed to too little, and they are strongly supportive – by 49 per cent to 29 per cent – of the view that government should focus on equality of opportunity rather than outcomes.

Thankfully, these young people are not overwhelmingly Corbyn supporters: just 22 per cent of those aged 18-24 and 20 per cent of 25- to 39-year-olds say they will definitely vote Labour at the next general election. Phew!

One could speculate about what these figures demonstrate. First, they seem to show that The Youth do not understand economics. On the one hand 45 per cent believe government should intervene more in people’s lives (I suspect intervention is code for, other people’s money). Yet despite this call for more governmental intervention The Youth still don’t want to be taxed too much. Confused? I am.

Indeed, it is irritating that the government takes YOUR money and not your neighbour’s to give to you. Taken together it seems to me that yet again young people want the free stuff; they want the governmental ‘assistance’ and intervention but they don’t want to pay for it. They want other people to pay for it. Don’t we all?

The CPS report also tells us: ‘Young people are more feminist than their elders. They’re prouder of Britain creating the NHS than defeating Hitler. And their political heroes are Nelson Mandela and Martin Luther King, not that discredited imperialist racist, Winston Churchill.’

Indeed, you read that right. The Youth are prouder of the socialised health system than their grandfathers’ defeat of Nazism, the most evil ideology ever to stalk the earth. And don’t even start me on their lack of enthusiasm for Churchill – they are obviously taught absolutely nothing at school.

Unsurprisingly with values such as these The Youth are depressed. Well, if I were taught to dislike one of our greatest Prime Ministers and seek to cling to government I’d be pretty depressed too.

In fact, just 18 per cent of young voters, and 13 per cent of those aged 25-39, think that Britain will be a better place in 20 years. They are also depressed about their personal finances and in particular about housing.

In fact, after reading all this I’m depressed. In sum, The Youth are social justice warriors who want to pay less tax. That’s even worse than the old-fashioned socialist. Time to lie down in a darkened room.