NewsPaperthe art of publishing
HomeLaura PerrinsWith wimpish Friends like these, no wonder men are getting weaker
131

With wimpish Friends like these, no wonder men are getting weaker 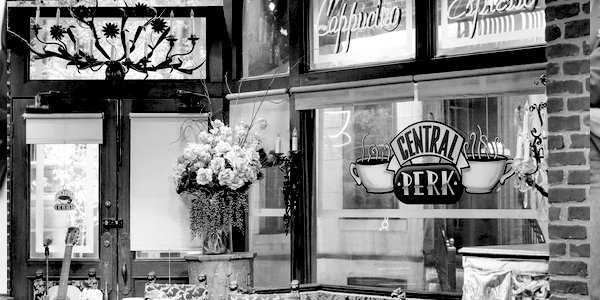 I HAVE watched more episodes of the American sitcom Friends then I would care to admit. I am two years shy of the big 40 so I watched it when it first came out – you remember when you actually had to make an effort to return home to watch an episode at a specific time and wait a whole week for the next episode? It was in your diary as an event.

I watched the many re-runs in my 20s and now that it is on Netflix I admit I have watched an episode here and there, after viewing a brain-improving Ken Burns documentary. And I liked the laughs, I liked the love and liked all the characters. However, it is only now, watching it for perhaps the fourth or fifth time, I realise just what terrible men the main characters are.

The millennials have it in for Friends for its ‘homophobia’, ‘transphobia’ and tarantula-phobia or whatever the next phobia is. I have my issues with the wimpish men.

First up is Chandler, by far the wimpiest man of the lot. A self-loathing ‘transponder’, he is so pathetic when it comes to affairs of the heart that it was his girlfriend Monica who proposed marriage to him. The message is: Don’t worry, men, you can be as pathetic as you like and truly, a beautiful woman will propose to you.

This is such utter nonsense that we know that in reality Monica would have ended up with Richard.

Much earlier in the series, Chandler was trapped in a bank with a very beautiful Victoria’s Secret model. The entire episode is based on the fact that Chandler is unable even to speak to her let alone ask her out. It makes for painful viewing indeed.

Then there was the one where Chandler fancies Joey’s girlfriend. When he eventually makes a move on her, which she reciprocates, he begs for Joey’s forgiveness, despite the fact Joey barely likes the woman. Chandler then spends the next episode in a box, an actual box, instead of telling Joey to get a grip and he is going to date with this woman, end of story. It is just one of the many pathetically weak displays from the man who uses laughter to fill the void.

And then there is Ross. Oh dear, sweet Lord, Ross. From the very beginning he is head over heels in love with Rachel but, as we all know, lacks the courage to ask her out. In fact, Ross and Rachel end up together only when Rachel drunkenly admits to his voice machine that she likes him. Even then, Ross hedges his bets.

The Ross-Rachel romance also involves Ross debasing himself once he thinks Rachel’s boss is attracted to her – he sends Rachel flowers and ambushes her at her office with a picnic.

Then there is the infamous ‘we were on a break’ episode where they break up and Ross sleeps with someone else. Ross begs Rachel to forgive him even though arguably there is nothing to forgive. Even if there was – he doesn’t just say, Listen Rachel, I’m sorry, we can break up or move on, it’s up to you. Instead Ross degrades himself for an entire episode again until Rachel finally says it’s over.

Anyway, as we all know, Ross grovels over the next eight seasons and Ross and Rachel end up together complete with baby – because that is always how it turns out.

And then there is Joey. He is offered up as the ‘real man’ of the show but he is anything but. He relentlessly pursues women and sleeps with them, but that is it. He never mans up and settles down, in fact he is such a horror show that the least said about him the better.

Masculinity is under the microscope today so it is worth remembering that an entire generation of men were raised on the men of Friends, and because of Netflix another generation will be exposed to this sad display of masculinity, in addition to toxic #MeToo feminism.

What this culture wants to do is emasculate men and turn them into sad, self-loathing pathetic creatures of the Ross and Chandler variety, terrified to ask a woman out. The only alternative offered is Joey, who is so afraid of intimacy he just sleeps around because he is one of the minority of alpha-males out there who have this option.

None of this is really attractive to women, so this further divides women from men and exacerbates the self-loathing and self-defeatism of today’s young men.

Why bother with women? They don’t seem to like anything about me, even though I do everything the culture tells me to do.

The culture is lying, and it is lying to men so they can be easily dominated and ruled, usually by the Leftists. It is, as it has always been, all about power, and the weaker the men, the greater the power of the State.

As I have said before, it is confident masculinity that takes the lead in a quiet but decisive fashion. In other words – just watch Friends and do the exact opposite of the male characters. That is what usually wins the day.

Share
Facebook
Twitter
WhatsApp
Email
Previous articleThe UK’s main foe? Not Tusk, but May
Next articleHow can women bosses expect funding if they don’t apply for it?