NewsPaperthe art of publishing
HomeNewsWodehouse and the fairway to heaven
0

Wodehouse and the fairway to heaven 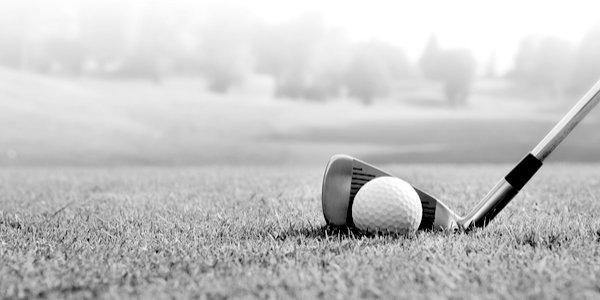 Having absolutely no interest in the game of golf is not a reason why you can’t enjoy the thirty-one short stories that make up the P G Wodehouse Golf Omnibus. His skill with the English language and understanding of human nature are so strong that the setting of his stories is almost irrelevant. His characters shine and his jokes work wherever you put them.

The anthology describes the world of the suburban golf club in what now seems a mythical age, where status and an elaborate etiquette governed social interactions, particularly between men and women. Without a proposal of marriage, it could be seen as ‘forward’ for a man to address a lady by her first name rather than as ‘Miss’. Men had strong, silent passions, but mere sex simply did not exist.

Unlike Wodehouse’s golfers, I have never held a niblick or a driving-iron, met a butler or worn plus-fours, but the gap between my world and his doesn’t matter. It hasn’t stopped me laughing, sometimes to the point of tears.

Within Wodehouse’s humour are some useful lessons for life. A thread running through the book is how happiness can often come from dedicating yourself to something others might consider pointless. Just as the Japanese can find rich meaning and self-knowledge by long years spent perfecting esoteric arts like Kendo or serving tea, Wodehouse’s golfers achieve the same results with the art of hitting small balls.

Wodehouse examines many human frailties in these stories: pomposity, impatience, vanity. He is especially devastating when attacking the pretensions of the cultural and artistic intelligentsia. In The Clicking of Cuthbert, set against the backdrop of a literary society, those who see themselves as inhabiting a loftier plane than the rest of us are gently pulled to pieces. If only Wodehouse were still with us to continue that work.

Matrimony and the relationships between the sexes are by far his commonest themes, yet Wodehouse never gets boring with them. They are his tools to explore and explain life, and his wisdom is deep. Consider this passage from Jane Gets Off the Fairway: ‘There comes a moment when every wife gazes squarely at her husband and the scales seem to fall from her eyes and she sees him as he is – one of Nature’s Class A fatheads. Fortunately for married men, these times of clear vision do not last long, or there would be few homes left unbroken.’ How beautifully and perfectly put.

Wodehouse introduces us to crooked financiers, strong and silent explorers, clubhouse bores and novelists with dubious morals. And it’s the male characters who generally come off worse, confronted as they are with superior female determination, guile and strength. The lesson is often that happiness for a man comes from accepting early and unequivocally that his woman is always right.

Sadly, many people know Wodehouse only through some rather poor television adaptations. And even among readers, many know little more than the Jeeves and Wooster stories. They should all have a gentle hand put in the small of their backs to propel them towards the full range of Wodehouse. Not just the golf stories but Mulliner, Ukridge, Psmith, Uncle Fred and all the rest.

Forgive me as I can’t find the exact quotes, but Evelyn Waugh described Wodehouse as ‘the master’, ‘the head of my profession’, and of his time, the ‘greatest living writer in the English language’. It’s hard to disagree.