Universities in race to the bottom 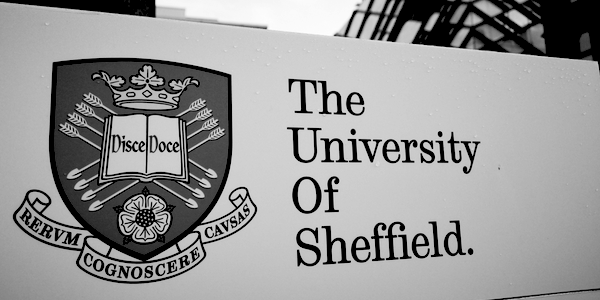 OUR universities seem to be engaged in meltdown madness. More concerned with the profile of their student body, what ought to be removed from the curriculum and emitting virtue signals like gamma rays than educating students, vice-chancellors’ fingers hover over the self-destruct button. The only remaining decision is when they will decide to press it.

This is nowhere more apparent than in alumni magazines which are becoming more like manuals for Extinction Rebellion or Black Lives Matter than celebrations of success over the years and appeals for funds. Recently I received the University of Sheffield’s offering, Your University.

It did not go well from the first glance. On the cover doe-eyed Emily Maitlis, the recent recipient of an honorary degree, smiled out at me, inviting me to like her. But I don’t. She has form, previously reported in these pages, as one of the most biased journalists in the BBC. Inside the magazine over a three-page interview, Maitlis was invited in a series of very unchallenging questions to proffer her views on why she was so brilliant.

The Maitlis interview, among the now customary handwringing and self-congratulation about the Covid-19 pandemic, was one of several items that drew my attention. Before committing Your University to the recycling bin, I flicked through and noted that Sheffield has pledged itself to becoming carbon neutral by 2030.

Vice-Chancellor Koen Lamberts explained as follows: ‘We aim to become one of the most sustainable research-intensive universities in the country by aligning our research, teaching and campus to ensure sustainable practice across everything we do. We will become net carbon neutral on campus by 2030 and across all activities by 2038.’ There was more, but I will spare you.

We are getting used to this woke gobbledygook about carbon neutrality from university vice-chancellors. The concept of carbon neutrality is nonsense and defies the first law of thermodynamics which states that energy can be neither created nor destroyed; it can only be converted from one form into another.

Creating a carbon-neutral campus might make people feel better about themselves but it also displaces all the activities that generate the energy required to run the campus, feed the staff and students and transport people to and from the campus. One person’s carbon neutrality is another person’s pollution.

Sheffield is no stranger to virtue signalling, having decided to cancel some major white male figures due to possible links with slavery. They have also been at the forefront of microaggression madness along with another alma mater of mine, the University of Edinburgh. Imperial College recently joined in.

The extent to which a university advertises its woke credentials is now a mark of prestige to which low-to-middle-ranking universities aspire. My own employer, the University of Hull, reckons that spelling and grammar, being indicators of white male oppression, are no longer required in student essays.

The aims of decolonising the curriculum are explained thus: ‘Decolonising the curriculum is an ongoing process which critically assesses and contextualises the arguments and assumptions of Western thought within all disciplines’ and ‘a Eurocentric epistemology presents white, global North intellectual traditions as superior and universal and positions the West as origin and originator of knowledge and development.’

This is just self-righteous UK hate speech dressed up in multisyllabic words which continues: ‘We sustain our commitment to pass on knowledge and insight, while being open to correcting misunderstandings and being prepared to challenge stereotypes and prejudices which are rooted in historical injustices. In effect we broaden as well as deepen our collective knowledge.’

The article claims: ‘We are not removing key historical figures from our curriculum, but are seeking to add those who have made significant contributions to their respective fields that are not currently represented.’ This directly contradicts reports about Sheffield removing Darwin and Newton from the curriculum. I speculate that people not being currently represented may result from their contributions not being especially significant.

UK universities have abandoned their missions to teach students, make new discoveries and serve the community. Instead, they are distracted by self-abnegation and re-writing history. US universities are similarity engaged, and Australian universities can barely function without constantly acknowledging that the land on which they are built does not belong to them.

I see very little of this in the Far East, especially in China where universities are thriving and from which students emerge as proud, well-educated (if completely brainwashed) citizens. Their universities are, increasingly, rising to the top of the international league tables. Western universities, having burdened themselves with introspection and self-destruction, are in a race to the bottom.