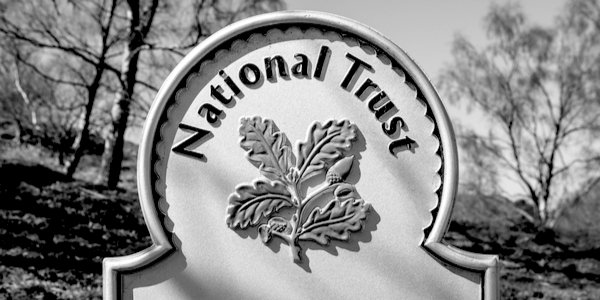 ‘WE are for everyone, for ever’ enthuses the mantra of the National Trust. As a long-standing garden volunteer, to me this slogan has all the poignancy of a soggy scone and a cup of tepid tea.

The charity was founded in the 1890s to preserve the English landscape and adopted the conservation of country houses as one of its purposes 40 years later. Over the last few years it seems that the Trust is constantly apologising for this.

Not content with reducing its custodianship of country houses and estates to little more than theme parks, combined with a relentlessly politically correct social and social engineering agenda, the Trust has plumbed new depths by its committed support for the Black Lives Matter campaign. It is encouraging volunteers and staff to ‘take time to educate themselves’, insisting that there is ‘nothing political about fairness and respect and serving the whole of society’, as though they haven’t been fair and respectful to date. Assuming the role of a sanctimonious, long-suffering teacher of a class of five-year-olds, it maintains that ‘systematic bias and racism are everyone’s business’. Dedicated volunteers could take offence at this covert slur.

On her appointment in 2018, the Trust’s director-general Hilary McGrady maintained that the organisation had to be radical but ‘change shouldn’t mean alienating current members’, gushing that ‘our core supporters are what makes this possible’. With the Trust’s revenues taking a nosedive, it has appointed Dr Corinne Fowler as an adviser regarding its association with colonialism. Her research interests include rural racism and the slavery connections of the British country house. She has commented, somewhat menacingly, that she perceives the ‘problem’ as ‘more about slavery than cream teas’.

Is the Trust’s mania to be ‘on message’ and signing up to a movement revelling in its neo-Marxist identity with various far-Left objectives really the way to encourage rational debate? The majority of the public are perfectly capable of making an informed and nuanced judgment. They have no wish to see the history of this country ‘cancelled’ at the behest of a charitable organisation engaged in a giant hand-wringing exercise to express solidarity with a pernicious movement that has created an institutional nervous breakdown by its self-indulgent, regressive, historically illiterate, myopic views beating the drum of ‘white privilege’ as a cover for perceived racial injustice.

In its commendable diversity and inclusion policy, the National Trust has lost the plot. A fun family day out to help preserve the complicated cultural heritage of this country has become nothing more than a simplistic box-ticking exercise by those uninterested in social progress and fighting racial discrimination in all its forms,  intent instead on dismantling capitalism with the disruption of the family structure. The country has been infected by the real virus of egregious identity politics of a dangerous political cult.