Woke war at the Times is bad business 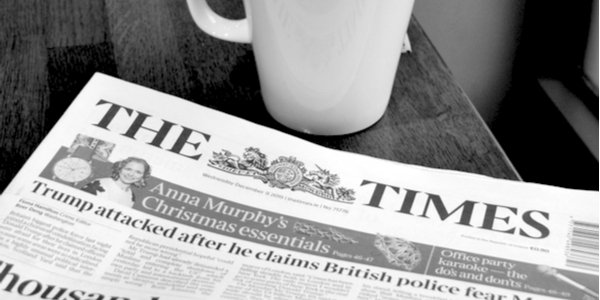 I’M currently in a minor but bizarre dispute with the Times for deleting a comment below an article in which I agreed with the columnist who wrote it.

Last week, the paper published a piece by Joanna Williams entitled ‘Declaring your pronouns is pure narcissism’. The piece was about ‘non-binary’ gender identities and people who feel the need to let you know what pronouns, including recently invented ones, they would like to be called. When it comes to ‘non-binary’ gender identities I think the following passage from the article succinctly sums up how people who understand biology view the issue:

‘For the overwhelming majority, declaring yourself to be neither male nor female is to deny biological reality. It is to say that all those pesky things such as chromosomes and hormones and genitalia do not apply to you. Your feelings – more finely tuned than everyone else’s – override the inconvenience of a body.

‘I’m all for denying biology. I pretend I’m not getting older and can still drink too much without suffering the next day. I pretend I can fit into clothes I bought 20 years ago. But I don’t insist other people confirm my delusions. Demanding to be called they/them rather than he/she is to insist that the rest of the world share in your fantasy.’

As common sense and an acknowledgement of biological reality are becoming much rarer in the legacy media, I decided to leave the following appreciative comment below the article:

‘Excellent piece. With perhaps the exception of hermaphrodites, I don’t believe that ‘non-binary’ gender identities exist. At the same time, I wish people every contentment in whatever delusions they choose.’

The comment was barely up two minutes before it was removed. I hadn’t been abusive to any one or used vulgar language. The most baffling aspect was that my comment was in agreement with the sentiments expressed by their own columnist. I emailed someone at the online customer services section to complain. They confirmed that another subscriber had highlighted my comment and that the moderation team agreed that I had violated community standards. I just couldn’t let it go, so I asked them just how was it that I had violated their community guidelines. They responded:

‘Thank you for your reply. I can confirm that we do not allow the spread of misinformation. In this case non-binary gender identities exist and your comment only added to misinformation and did not add to the discussion in a positive way. We will not look into your comment any further and the decision to remove it is final.’

By their own logic they were in violation of their own community guidelines in publishing Joanna Williams’s piece. I replied:

‘Thanks for your reply. However, can you please explain to me why the article I was commenting on referred to non-binary identities as “delusions” and “fantasy” yet a comment agreeing with that was removed?’

A different member of the online customer services team responded, who at least acknowledged that she understood my frustration and contradicted her other colleague by declaring the previous decision was no longer ‘final’. The matter has now been passed on to a ‘case management team’ who are going to take up to thirty days to ‘investigate’ whether or not a comment agreeing with one of their own published articles violated their own community guidelines. What an utterly farcical state of affairs.

It is my guess that the Times is divided internally between senior editors, who at the very least appreciate publishing a diversity of opinions, and younger staff in more junior roles such as online moderators who are ultra-woke in their world view. It will be interesting to see over the next few years if such fierce critics of woke ideology like Joanna Williams and Rod Liddle continue to be published in the Times when the woke puritanical junior staff who work on the censorship board of the comments section rise through the ranks. Finally, censoring your paying subscribers for agreeing politely with your own columnists is a terrible business model.