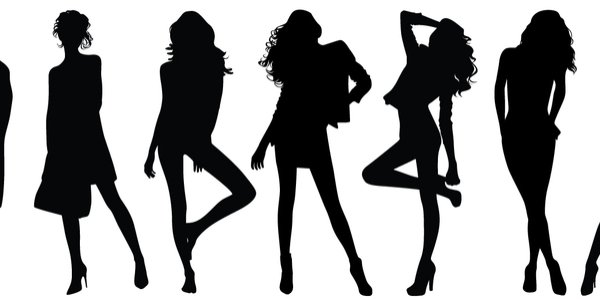 There was a picture in The Times on Tuesday showing an all-female panel on the new BBC2 daytime programme Politics Live. ‘Women steal show on new-look BBC politics’, explained the headline.

Maybe these women did steal the show. But there are several things to say about this – none of them positive.

First, although the BBC insisted otherwise, ensuring that every guest was a woman was almost certainly a publicity stunt. If someone in the sisterhood hasn’t already complained about women being used in this way, I’d be amazed. And they’d have a point. Because if this was a PR wheeze, it was one in which the women involved (Emily Thornberry and Amber Rudd among them) were taken advantage of – something I assume any self-respecting person would hate.

Second, if the BBC, or The Times – or indeed anyone else who thought it remarkable that only women might make up a panel – were not so obsessed with gender and ‘gender equality’, they wouldn’t have been patronising enough to embark on this stunt or to point it out in the first place. They would simply have broadcast the 45-minute programme, or in the case of The Times watched it, and moved on without comment.

But, this being 2018, it seems that nothing can happen without the point being hammered home that an equality box has been ticked or some kind of pro-female positive discrimination has taken place – or ought to take place. Such worshipping at the PC altar has become incredibly tedious.

Another BBC event this week that attracted attention was the announcement that Chris Evans is to leave his Radio 2 breakfast show for the digital station Virgin. Barely minutes had passed before it was made clear to licence fee-payers that a woman would be replacing Evans. Meritocracy went out of the window. A woman would take Evans’s job. Forget about the other half of the human race. End of story.

A similar thing happened a few months ago when it was announced that David Dimbleby would be quitting Question Time on BBC1. Every newspaper carried the story that a woman would succeed him (though whether that as-yet-unnamed woman will be paid the same as Dimbleby – thought to be about £400,000 per year – is another question). Men were marginalised for no reason other than their gender.

Whenever Huw Evans leaves BBC News at Ten, the same cry will go up: ‘Replace him with a woman!’ When Tony Hall steps down as director-general, it will probably be considered illegal if a woman isn’t slotted into the job. And on it goes.

Look at the BBC’s flashy new drama The Bodyguard. Every senior role is played by a woman. Wimmin, wimmin everywhere as The Conservative Woman has already noted. Keeley Hawes plays the Home Secretary. There’s also a female bomb expert, head of counter terrorism, firearms officer and marksman. I do not exaggerate.

TV programmes – both drama and news/current affairs – have developed the disturbing habit of projecting the world they and their directors believe does exist or ought to exist. This is dangerous. It is neither realistic nor true. In essence, the media has begun to show a make-believe world in which men shouldn’t exist or don’t exist or are second-class citizens.

In relation to this, it’s tempting to utter the phrase ‘What bollocks!’ But that would probably offend some people on the basis that it’s only the male anatomy that is involved in delivering this opinion.

Instead, I would advise those who are fed up with this childish pro-woman agenda to watch the brilliant Two Ronnies mini-series first broadcast in 1980, The Worm That Turned. This prescient comedy dystopia is set in a 2012 where women run Britain. Men’s clubs are closed down. Big Ben is renamed Big Brenda. The Tower of London is known as Barbara Castle. And the Union Jack has become the Union Jill.

It’s very unlikely modern feminists would find it amusing and I’ll give you odds of about 150-1 that the BBC will ever screen it again. These are just two more reasons to watch it. The first episode is here. Enjoy.

Subsequent episodes can be found here.

Share
Facebook
Twitter
WhatsApp
Email
Previous articleIs the new face of Nike a smart move to foil Trump’s tariffs?
Next articleTransgender will be the death of feminism