NewsPaperthe art of publishing
HomeCulture WarsWork together, gentlemen, and save our country
320

Work together, gentlemen, and save our country

WHETHER we wish to admit it or not, Britain is dying. This letter is a plea to all of you to help resuscitate it . . . together.

Briefly: I’m originally from Buckinghamshire, now in New Zealand. I’m 33. Currently, I teach children aged three to five, but studied (I’m somewhat ashamed to say) journalism when I was based in the United States. I support Arsenal (ashamed to say, these days, too!) I voted for Brexit. I helped encourage my dear mother (whose family has always been Labour red) to vote Conservative at the last election. I was wrong to do so.

And this is where you come in.

Many of us will be eternally grateful to you for giving a voice – and a platform – to the millions of us who wished to escape the undemocratic death grip of an ever-expanding EU globalist cabal. I am aware that politics can be complicated, messy, and often fraught with in-party fighting and Gove-esque back-stabbing. I am aware that in such a career ego, fame and finances can often trump integrity, principle and justice.

Therefore, let me pose a simple question: Are your egos more important to you than the survival of the country we all love and cherish and wish to prosper?

I’ve no need to spell out the litany of maddening ‘woke-inspired’ politicised and societal changes these past few years, or, indeed, the seeming surrender to authoritarianism of the current British government, indeed the entire parliament, considering that no oppositionexists. I am certain that you feel disgust for the double-standard hypocrisy, for example, that while domestic masses were fearmongered into mandated house arrest, illegal beach-landings of unknown and unchecked peoples from around the world were allowed to continue.

The same can be said of Biden’s America, of course, as he stands on stage to demand his fellow citizens be vaccinated, while his southern border is overrun by record numbers of illegal (and unvaccinated) immigrants.

Boris Johnson and Joe Biden are now claiming that the Taliban have ‘changed’ from the murderous, tyrannical scum every thinking humanknows them to be, changed so much that cavemen who prefer women as slaves (what happened to #MeToo?) receive better press coverage than some of you.

No. Such rhetoric has nothing to do with a more ‘peaceful and prosperous future’ we are often spun to believe. Nor, where Covid legislation is concerned, was ‘public health’ or ‘the greater good’ ever the objective. Do any of you truly believe we are where we are now because of mere mistakes and misjudgements? How could that possibly explain the relentless demoralisation of a nation?

‘But it’s for your health.’

‘Then why are you offering me free Big Macs if I get one?’

Come on. It’s comical! These aren’t serious politicians in charge. That being said, they remain dangerous, and the West remains in the middle of a war, gentlemen, no longer just psychological, and we find ourselves in one precisely because of our own weak (and no doubt compromised) ‘leaders’.

Not only is this a time to wake up, it has to be a time for action. In this climate, Britain can’t go on with the political choices it has always had: Labour red, Tory blue, ‘Liberal’ yellow, eco-fascist Green. But those are almost always the options us plebs have at a local level when electing our councils, where, in actual fact, the ill-thought-out policies of those parties can often hurt the most; from ‘gender-neutral’ toilets to drag queen story time at the library, something has got to give.

As clear as day, the Conservative Party is an anti-conservative movement. No opposition to ‘Build Back Better’ Boris exists. Those of us who took the bait were wrong. I want them gone. I want many of them in the dock for the misery and suffering they have wilfully inflicted upon their own populace.

Do you realise you four men could change the course of history? Indeed, one of Mr Fox’s allies, Calvin Robinson, recently suggested on his own Twitter account, and I quote:

‘Something has to change. Imagine if @reformparty_uk, @thereclaimparty and @SDPhq united to form an actual conservative party, for the politically homeless. @TiceRichard, @LozzaFox, @WilliamClouston could make it happen. Imagine if @Nigel_Farage joined them.

I read it on the way home on the bus after another exhaustingday doing my best to make some kids happy. I thought it strange. Not because of the idea, but because I had been planning all week to write to you all to suggest exactly this, and was waiting until the weekend to do so. It was as if fate had planned it all along. It was as if, dare I say, it was meant to happen all along.

And Robinson’s right: despite any objections, I am convinced that your agreements about how the state of our shared nation should look far outweigh your differences. I would bet the very little cryptocurrency I own that you could all, in fact, under one name and one banner, be the true ‘broad church’ conservative movement many millions of us crave – and need – in these increasingly worrying times.

We simply will not get it from anywhere else. It’s no coincidence that the values our country once held dear are in their highest state of decay at exactly the same time when our system (parliament) is at its most rotten.

I’ll leave you with a quote from Seneca, from his Moral Letters:

In the end, Seneca took his own life at the behest of his former student and tyrant, Emperor Nero. It was a drawn-out and painful death.

Do not let the same happen to the rolling hills of our beautiful Motherland.

Help reverse the course and let Britain live and thrive merrily, with the honour she deserves.

Talk, come together, and give us some hope.

This article first appeared on The Commoner on September 11, 2021, and is republished by kind permission. 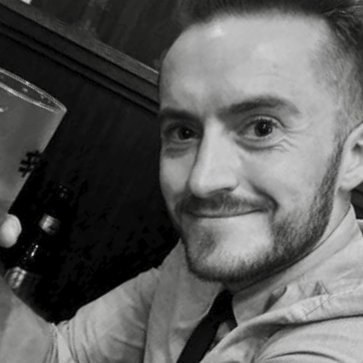