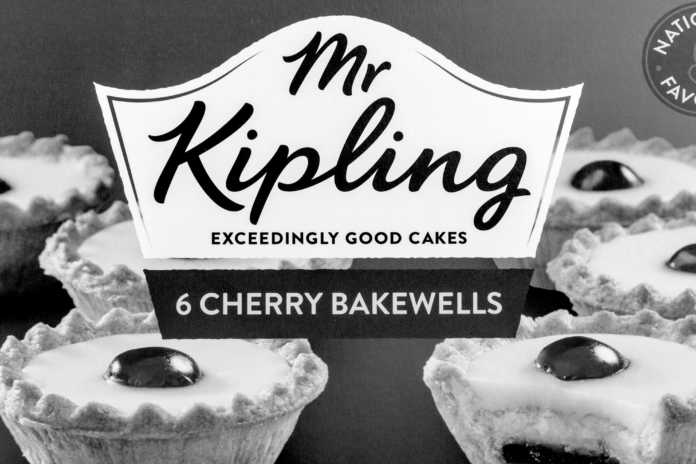 There is much written about Brexit manoeuvres at the moment. Will the Protestants defeat the Romans in the long run (if you follow Niall Ferguson’s analogy)? Or has Sir Humphrey Appleby (aka Olly Robbins), on whom the Prime Minister so closely depends, outsmarted the ill-organised and ill-prepared dinosaurs, aka the Brexiteers (according to Adam Boulton’s thesis?

The truth is that we are mid-conflict and even if Ferguson’s analysis is the winning one, we must keep fighting. And enjoy it. I am. In fact I am taking a leaf out of Julie Burchill’s rebellious ‘book’. Cling to your corrupt, tatty comfort blanket, Remainers – we Brexiteers feel truly alive, she says. She is right – this is a reason for thinking positive, not defeatism. This is the best political debate we’ve had in the UK for years. It’s woken the public up. Good!

It means stretching our obsfucating Prime Minister (more on the psychology of her false sense of virtue and martyrdom to follow in the days to come) on the rack until she admits defeat. ‘Am I going to see this through? Yes I am,’ she stubbornly insists. ‘No you aren’t,’ we need to yell back in chorus. Stubbornness, denial, what you will, is not a virtue. She must not be allowed (as I am afraid too many of the interviewers have) to get away with the idea that her choice is the only choice and that the alternatives are impossible or disastrous. That is the lie of all lies.

And if it means mocking Mr Gove’s economic illiteracy, sorry but so it must be.

Which brings me to Michael’s Mars Bar which, according to the most bizarre story of the weekend, is all that’s been standing in the way of his resignation.

Buzzfeed clearly enjoyed reporting: ‘The stark consequences of a no-deal Brexit were laid bare for Michael Gove at a round-table meeting with representatives from the food industry last month.

‘There was no sugar-coating it: Mars Bars could run out within weeks if the UK left the EU without a deal. According to an industry insider present, the Environment Secretary was left reeling by a briefing from the Food and Drink Federation that of the 21 ingredients that make up a Mars Bar manufactured at their factory in Slough, two imported products go off within a few days.’

It was not a spoof; and it could explain why Mr Gove, as head of DEFRA, has not been working on alternative sourcing pathways for a year, instead of his far less controversial (in respect of his boss and the civil service) obsessing about plastics in the oceans.

Scare stories that can be sent up, as Burchill notes in her wonderfully upbeat article, have been coming thick and fast:

‘As I write we’re just recovering from Mr Kipling complaining that his French Fancies may suffer from a shortage of such complex raw materials as sugar (because they don’t grow that in the Commonwealth Caribbean, of course) and squaring up to a New York Times exposé about the effect Brexit may have on the freshness of cut flowers. The phrase First World Problems is greatly over-used, but it does come somewhat to mind.’

Indeed. Sir Humphrey, however, instead of telling Messrs Kipling and Mars to act like businessmen and get on with sourcing new suppliers, chooses to allay our ‘fears’ about the rioting that’s bound to follow the population’s sugar deprivation. The Army (what’s left of it) will be on hand to maintain civil order.

It would be a darn sight easier if the Brexit-leaning Cabinet ‘rump’ – the burger or pizza group or whatever their latest nomenclature is – were to master the economics of free trade.

To give them a helping hand, here is another guide to what a World Trade Deal means. They’ll find it is nothing to fear. The supply of Mr Kipling cakes and Mars Bars will not dry up.

The pocket guide – if they feel pressed for time – can be downloaded here. It is only 13 questions and answers.

To make it even easier I have listed them below:

The Government would redirect its strategy from a singular focus on achieving an ideal, comprehensive and ‘deep and close’ relationship deal with the EU, at almost any cost, to a new focus of leaving the EU and embracing global free trade under World Trade Organisation (WTO) rules. Such a deal does not imply ‘walking away’ from the Brussels negotiations, as there are other aspects of the new EU-UK relationship – e.g airline landing rights – that need to be agreed.

2. Given the Chequers proposals, why is a World Trade Deal relevant?

Given the widespread opposition in the UK Parliament and outside to the Chequers proposals and the Government’s repeated position that the only options available are (1) the Chequers proposals or (2) leaving the EU without a deal on trade, attention is now turning toward the implications of the only way of exiting from the EU that guarantees a Clean Brexit – that is, a World Trade Deal under WTO rules.

The WTO pursues negotiations amongst its 160+ member countries with the aim of achieving free trade amongst, policing the international trading system, adjudicating disputes and enforcing penalties where necessary.

Nothing. We were a founding member of the WTO and remain so, independent of the EU.

5. If we were to operate under WTO rules, wouldn’t this be a leap into the unknown?

No. It would be a leap into the normal as we already do the majority of our trade under WTO rules.

6. Wouldn’t leaving without a trade deal leave us without a legal framework for trade?

No. It simply would mean that we would trade under WTO rules that are comprehensive and backed by a well-respected world legal system.

Is not most WTO trade done under Mutual Recognition Agreements? This often is technically true and anti-Brexit campaigners make this claim, but the distinction is not very relevant – the central trading relationship is the same WTO rules deal.

8. Do non-EU countries perform well trading with the EU under WTO terms?

Yes. The four non-EU countries with the fastest-growing exports to the EU all trade on WTO terms.

9. If we trade under WTO rules, what tariffs must we apply?

This is for us to decide. WTO rules require only that we do not increase tariffs above the existing Common European Tariff rates and that we treat all countries equally, unless we have agreed a Free Trade Agreement (FTA) or customs union with them. We could, for example, eliminate all tariffs or impose zero tariffs on products we do not produce in the UK.

10. Does the WTO require physical customs checks, meaning lengthy delays at our ports and borders?

No. Specific WTO agreements and the Kyoto Convention of the World Customs Organisation commit to make border processing activities as streamlined as possible with no requirements for border checks and, if physical inspections are necessary, they are intelligence-led. Mobile and remote customs controls are permitted, and are already used widely for goods coming from outside the EU Customs Union. The UK currently checks only 4 per cent of goods arriving in the UK from non-EU countries, and Ireland just 1 per cent.

11. What about checks on food and animal products?

The WTO’s Agreement on the Application of Sanitary and Phytosanitary (SPS) measures does allow for border checks to ensure the safety of imported food, but stipulates that such checks should not be used as a surreptitious means of inhibiting cross-border trade.

12. If we trade under WTO rules with the EU, does this stop us from having an FTA with other countries or the EU – for example, Canada+?

No, quite the reverse.

13. Could we still negotiate a Canada+ FTA with the EU after we leave, having dropped the Chequers or ‘Chequers minus’ route?

Yes – probably even more easily than during the Article 50 negotiations.