Worshippers fall off as C of E rides the diversity bandwagon 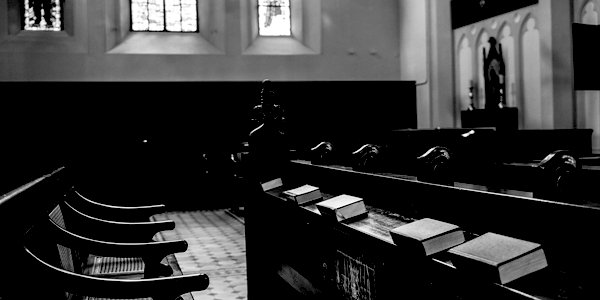 The Church of England is planning to use its vast wealth to bully companies to discriminate against men and over-promote women.

In yet further evidence that the church has been co-opted by Leftists to advance their fashionable ‘progressive’ causes, the Church Investors Group (CIG), which represents around £17billion of church-controlled investment assets, the bulk belonging to the C of E, has announced that it will take a tough line on companies which it deems to be appointing board members of the wrong sex. As part of their so-called ‘ethical voting’ policy, CIG members have stated their intention to vote against the re-election of nomination committee chairs where the board has less than 33 per cent female members, and against all directors on the nomination committee where fewer than 25 per cent of directors are women.

We’ve become so used to this sort of nonsense that we easily lose sight of how obscene it is that men are to be discriminated against in 2018 merely because they are men. When did we let go of the basic principle of justice that people should be appointed on the basis of their individual merit and suitability for the role? Has God informed the Church of England of some kind of divinely ordained proportion of women that He requires to sit on company boards? I must have missed that particular angelic visitation.

How many times do we have to spell out the obvious flaws with diversity quotas before people stop using them? Who, after all, says there must be a certain number of men and women in any given job? The fact that humanity is half male and half female tells us nothing about the proportion of men and women who should end up in different positions. What if men and women tend to make different choices, and have different priorities and show differing aptitudes in certain fields? Which they do, of course. If there are fewer women on boards it is because there are fewer qualified to sit on them or putting themselves forward for them. If fewer women work full-time or seek promotion and management responsibility, then fewer will rise to the top. This isn’t complicated. Neither is it a social or moral problem to be addressed with ever more invasive social engineering.

Our conscience as a society must have become even more corrupt than we thought if we now deem it acceptable to pick less qualified women over better qualified men merely to satisfy some abstract mathematical formula cooked up by Leftist identity obsessives. And where will it end? What about other supposedly under-represented identity groups – do we need, like the BBC, to ensure that every company board has the requisite complement of ethnic minorities, LGBT people, disabled people etc? Why on earth should we do that? Under what twisted ethical framework does anyone think that such discriminatory criteria should replace a basic commitment to picking the best person for the job?

Quotas are not just grossly unfair towards the groups they disadvantage – mainly straight white men, of course. They also undermine anyone from a favoured identity group who achieves their position by their own merits, since they will never be able to shake off the suspicion that they are there only because they tick the right boxes. Quotas are highly dysfunctional from an organisational point of view, since they routinely over-promote the under-qualified and place responsibility in the hands of the less competent.

With churches jumping aboard the ‘progressive’ and feminist bandwagons with unseemly enthusiasm, you have to ask whether it is any wonder that it is not so much the wicked patriarchal companies who are leaking patrons, but the very worldly, painfully right-on churches.

Share
Facebook
Twitter
WhatsApp
Email
Previous articleCheck out Tesco’s coldstore, ladies, before you sue for equal pay
Next articleThought for today: May, Rudd and Saunders find all men guilty until proved innocent