Would Shakespeare pass an A-Level in English Lit? 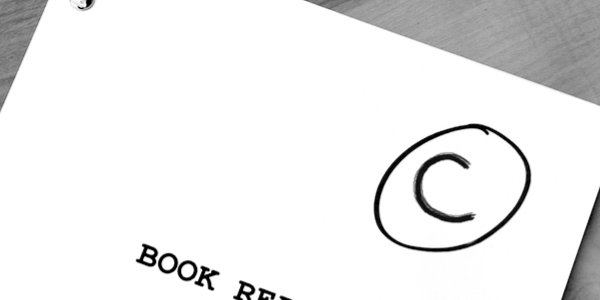 Required to write an A-Level English essay about one of his father’s novels, the son of Ian McEwan could achieve no more than a grade C+. McEwan Snr has told Event magazine:

‘I confess I did give him a tutorial and told him what he should consider. I didn’t read his essay but it turned out his teacher disagreed fundamentally with what he said.’

If McEwan Jnr’s composition reflected the views of his dad, the author, but did not merit a good grade, how much confidence can we have in the teacher who marked it? Quite possibly the marking was fair and accurate but, with the exam season now upon us, it does raise questions about the reliability of the assessment process in schools and in public examinations.

Mark schemes can be very rigid – more so now than ever. Once they are established, examiners may be left with little discretion. Partly, this is a consequence of the boards fretting over appeals and re-marks. Indeed, since 2016, it has become more difficult to challenge a result. Ofqual, the exam regulator, has come to see re-marks as simply a means to a higher grade for those who can afford the cost:

‘It is not fair to allow some students to have a second bite of the cherry by giving them a higher mark on review, when the first mark was perfectly appropriate.’

In most circumstances, a difference in a marker’s interpretation of an answer no longer constitutes a sufficient reason for changing a grade.

This is genuinely problematic when deficiencies in the mark scheme fail to accommodate good or, even, brilliant answers. This was vividly illustrated some years ago by ‘The Mysterious Case of Professor Baron Robert Skidelsky of Tilton in the County of East Sussex and the Russian A-Level Examination’.

His Lordship has a Russian background but was brought up mostly in England after he and his family fled a Japanese internment camp in 1941. He has become a prominent and award-winning UK economist. Co-founder of the SDP, he subsequently became a Conservative Party front-bench spokesman on Treasury affairs (1997-9) before falling out with the Tories over his opposition to the NATO bombing of Yugoslavia.

A global expert on economic affairs but with his Russian language skills under-developed, Robert decided to take an A-Level in Russian in 2003. The examination encompassed five language papers plus a sixth on Prescribed Topics and Texts. The topic he wrote about was unemployment:

‘. . . since I not only taught in a university economics department, but had discussed the Russian economy endlessly with Russian reformers. I wrote learnedly (I thought) about the problem of hyperinflation, lack of a rule of law and the wrong people being in the wrong jobs.’

Skidelsky had doubts about the quality of his Russian and expected he would probably attain a ‘B’ grade for the A-Level:

‘B turned out to be right, but with an unexpected twist. On my five language papers I was comfortably above A grade. But, to my surprise, I was adjudged to have failed Prescribed Topics and Texts, scoring a miserable 26 out of 90.’

On appeal, the board explained that Skidelsky’s low mark on the economics of unemployment in Russia reflected a ‘lack of knowledge and understanding of the subjects’, an ‘inability to develop a coherent argument’ and ‘irrelevance’.

Skidelsky’s answer, clearly, did not fit the mark scheme. Probably, this is common enough for some of the most brilliant candidates across a range of subjects at both A-Level and GCSE as well as in day-to-day teaching. Was this also true for McEwan Jnr’s essay? How would Shakespeare, Milton, Austen, Dickens, George Eliot, Joyce or Woolf get on if they were asked to answer questions on their own writings?

Small wonder that these days examiners are more concerned about creating syllabi to fit a mark scheme. It is no accident that Caitlin Moran, Grayson Perry and The Secret Footballer line up alongside Dizzee Rascal, Russell Brand and Blackadder as A-Level English texts. Their writings can more easily be made to fit a mark scheme than is the case with our literary giants.