NewsPaperthe art of publishing
HomeNewsYes, I love the orangutan. And yes, it was right to ban...
0

Yes, I love the orangutan. And yes, it was right to ban this ad 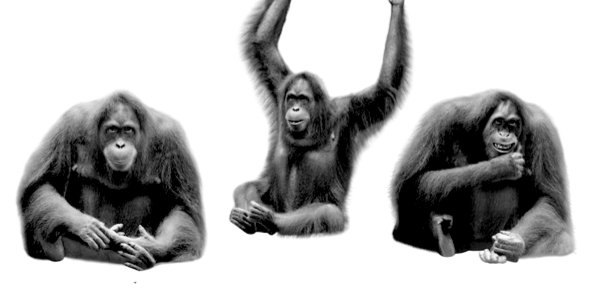 Anyone not heard about the Iceland palm oil advertisement? The supermarket chain decided that this year’s Christmas television ad would highlight the plight of the orangutan. The species is endangered because its forest habitat in Borneo and Sumatra is under threat from deforestation. Some of the deforestration is undertaken to produce palm oil which is incorporated into a vast number of consumer products including food, cosmetics and biofuels.

The Iceland ad was originally made by Greenpeace and is narrated by Emma Thompson. Iceland repurposed the film for its Christmas ad, adding a message at the end to highlight its decision to end the use of palm oil in its own-brand products. It was submitted to Clearcast, an organisation owned by six UK commercial broadcasters which works with advertisers to make sure they satisfy broadcasting regulations. Clearcast deemed it ‘too political’ and refused to give the ad clearance.

Following an outpouring of criticism, Clearcast has clarified that the decision to block the ad was a ‘matter of broadcasting law’. It has explained that it is Greenpeace’s involvement in the ad, rather than the content, which is the barrier to broadcasting.

Following the ban, Iceland released the advert via social media, and it has been seen by millions. You can see it here.

There is now a petition calling for it to be shown on TV. As of yesterday, the petition had received 900,000 signatures. Environment Secretary Michael Gove has said on Twitter: ‘I want to praise Iceland for raising this critical issue. The destruction of the rainforest habitat which is home to orangutans should concern us all.’ Every national newspaper and news channel seems to be covering the story, and as far as I can make out, not one has attempted to defend the ban. So I’ll give it a go.

Firstly, no one seems to have disputed Clearcast’s statement that this is simply a matter of law. We might want to change the law, but no one appears to have gone down that route. Rather, there is an atmosphere that if there is a big enough tidal wave of emotional support for something, then the law should just be elbowed aside. Seriously – is that really how we want to live? It is entirely possible that this advertisement has created a watershed moment whereby we realise it is time to review our advertising regulations – if that’s the case, so be it.

Secondly, I’ll put aside the libertarian argument that nothing much should be banned. That is not where we are at the moment (understatement) – so let’s look at this within the current context.

The advertisement is targeted at children, and children should not be the target for political advertising.

The advertisement is effective and hard-hitting. The animation is gorgeous. Just as you are leaning in to see and hear this gentle story more closely, wham! There it is in harsh black and white, nasty humans at work, destroying the planet . . . Kids from the age of three or four will love the animation and will be drawn in only to get a rude smack in the face. The main (human) character is a little girl of about six. At the end she commits to sharing the ad’s message far and wide. The problem is that children this young do not know enough about the world to be involved in political campaigning, and any attempt to get them to do so is more akin to brainwashing than to real education and activism. Of course parents can choose to introduce their own children to specific causes that are dear to their hearts and figure out how much factual backgrounding to do. However I do not think that it is for a particular company to draw in children in this way and then hit them over the head.

Am I over-reacting to a powerful and important ad? Can’t our tots take a bit of this? Well, we need to be cautious. We have a steep rise in depression and anxiety amongst young people in this country. When I was a child we were fearful about nuclear war. We even had school drills where we hid under our desks to practise for when the bombs arrived. I was terrified and used to lie awake at night appalled by the thought of the future. I thought the world seemed like an awful place and that the future was grim. These days you would say I was depressed and anxious.

Teaching kids that the adults around them are a nasty lot is not going to help give them a sense of control over their lives. It is not going to give them the optimism and resilience they will need to bring about change in a complex world. At the end of the Iceland ad the little girl talks of an awareness-raising campaign – but I wonder if many kids will really think that their letters are any match for the grim monster they saw pulling down Rang-tan’s home. I say we should stick to equipping kids with the knowledge and the resilience and the optimism they will need to change the world – and this ad doesn’t do it.

The advertisement relies on the great untruth of emotional reasoning.

If you haven’t read The Coddling of the American Mind, you should. The book describes what authors Greg Lukianoff and Jonathan Haidt call three great untruths that seem to have spread widely in recent years. The second one is: The Untruth of Emotional Reasoning: always trust your feelings.

Lukianoff and Haidt describe emotional reasoning as follows: ‘It is the cognitive distortion that occurs whenever [you] interpret what is happening in ways that are consistent with [your] reactive emotional state, without investigating what is true. [You] then act like a lawyer or press secretary whose job is to rationalize and justify [your] emotional conclusions rather than to inquire into – or even be curious about – what is really true’ (The Coddling of the American Mind, Penguin 2018, page 35).

The job of television advertising is to persuade us via our emotional reasoning – but it is usually about trying to persuade us to buy chocolates or shampoo or aftershave. It doesn’t matter too much and we all know what is going on. Emotional television advertising applied to political causes should be treated with a great deal of caution. To see why, just imagine if everyone started doing it. Swathes of saccharin, night after night, about the most important issues we face. Cute cartoons about the crisis in adult social care? Maudlin music about Universal Credit? Is this really how we want to live? Surely the answer is a very emphatic No. We need information, facts, debates, discussion, and nuance. We also need to be very cautious about over-simplified stories about goodies and baddies. Perhaps this is why political advertising is regulated. Perhaps we should be glad to have some regulation in our lives.

So that is my reasoning. Like millions of people who have watched the Iceland ad, I love the world’s animals. So if anyone has found anything detailed and nuanced about the orangutan, palm oil, deforestation, and how we can best play our part, it would be great to see it in the comments section.