You are free to say what we tell you to say 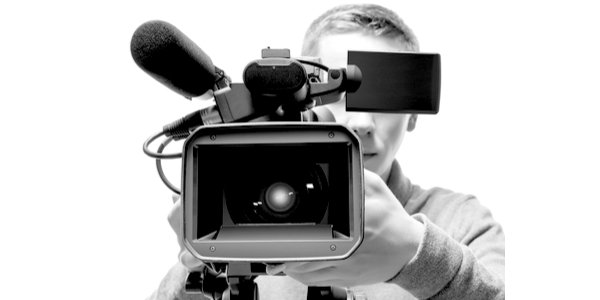 An American Christian couple who own a media company are being threatened with fines, including compensatory and punitive damages of up to $25,000, and up to 90 days imprisonment if they refuse to make videos of same-sex weddings.

Carl and Angel Larsen own Telescope Media Group in St Cloud, Minnesota. The couple are Christians who believe that they have been called to use their talents to create media productions that honour God, and as such they want to make films promoting Christian marriage.

Their firm’s services include web-streaming and video recording of live events, and producing short films. They have created content for clients such as the Billy Graham Evangelistic Association and LifeLight, an annual Christian music festival in South Dakota.

The Larsens willingly make films for people of all backgrounds and have never turned away potential customers on the grounds of their race or sexual orientation. However, they decline business which requires them to produce films containing a message they find objectionable. Being Christians they do not want to create films celebrating same-sex marriages.

This has brought them head-on into conflict with the state. Minnesota’s Human Rights Act stipulates if the couple create films celebrating their Christian beliefs about marriage – that marriage is between one man and one woman – they must also create films about same-sex marriage.

The Larsens do not wish to be forced by the state to produce films which go against their biblical beliefs. The Larsens’ lawyers filed suit on Tuesday challenging Minnesota’s law on constitutional grounds. They argue it ‘illegally controls artistic expression – violating the Larsens’ freedom to choose which messages they will express, and refrain from expressing, through their films’.

The lawsuit says: ‘The Larsens desire to counteract the current cultural narrative undermining the historic, biblically orthodox definition of marriage by using their media production and filmmaking talents to tell stories of marriages between one man and one woman that magnify and honour God’s design and purpose for marriage.’

They have been here before. In 2017 they tried to challenge the law as unconstitutional but a lower court presided over by federal district court Judge John Tunheim, a Clinton appointee, dismissed their case and mandated that they service same-sex weddings or close this part of their business.

Encouraged by this ruling, Minnesota officials have repeatedly stated that private businesses such as Telescope Media violate the law if they decline to create films promoting same-sex weddings. The Larsens refused to knuckle under and are continuing the fight for their right not to be forced to go against their conscience.

Freedom of speech has two aspects. Firstly, it means that we are free to say what we wish to say. This freedom usually has a few very tightly controlled restrictions such as not inciting violence.

Secondly, it means that we are not forced to say things we don’t wish to say. This principle was demonstrated in the recent Ashers Bakery case when the UK’s Supreme Court ruled that the owners could not be forced to publish a message supporting same-sex marriage on a cake.

Like the Equality Commission for Northern Ireland which brought the case against Ashers, the state of Minnesota disregards the second aspect of freedom of speech.

Once again, the point of contention centres on the promotion of same-sex marriage. In the view of the progressive elites, freedom of conscience and freedom of speech must fall before the demand for social conformity when it comes to the expansion of sexual boundaries.

The position of those in power within many Western states concerning freedom of speech seems to be ‘You are free to say what we permit you to say and what we tell you to say’.