You are hereby sentenced to sit as a magistrate 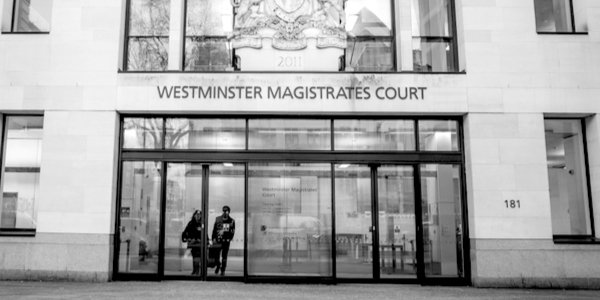 I read with some astonishment that John Bache, chairman of the Magistrates Association, has suggested that more people with criminal records should apply to become JPs, to increase diversity among the judiciary. In his opinion, a more representative set of magistrates would make criminals feel less alienated by the system.

I was further surprised to learn that a person with a criminal record is entitled to apply to become a magistrate, although Ministry of Justice guidelines appear to draw the line at those who have committed ‘serious’ offences, been declared bankrupt or been banned from driving.

In his eagerness to increase diversity, Mr Bache assured us: ‘We all make mistakes, we all do things we shouldn’t . . . But to say anyone who’s done anything wrong isn’t going to be appointed – that’s no way to increase diversity’. He went further by suggesting that a TV soap character becoming a magistrate could raise awareness of the issue. Come back, Dirty Den – all is forgiven!

Beneath this generous inclusivity lies the real problem. Numbers of magistrates have fallen by 40 per cent in the last six years, as they are retired, compulsorily, at the age of 70. A new cohort of 9,000 is needed urgently to make up the numbers.

Perhaps Mr Bache is on the right lines, though. Prisons are overcrowded, which has led to Justice Minister David Gauke asking courts to hand down jail sentences of 12 months or less only as a last resort.

So here’s the perfect solution – invite the criminal in the dock to hop up to the bench. In one fell swoop, you free 9,000 prison places and cure the magistrate shortfall. And you can bet the old lag would deliver some tough justice.

Share
Facebook
Twitter
WhatsApp
Email
Previous articleBritain is one of the least racist countries on Earth. It’s a privilege to live here
Next articleTCW Encore: BBC lets Peterson speak – to smear him