You can’t measure the distress of lockdown, so it’s ignored 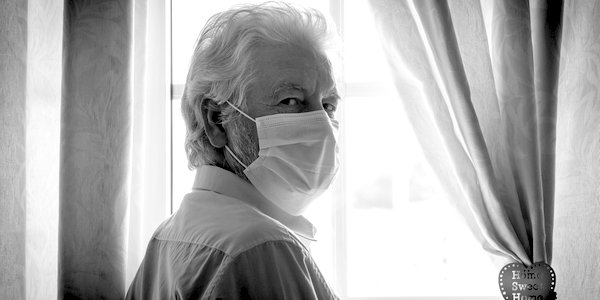 MY previous article in TCW questioned the morality of lockdowns, but what I was up against was a deeply ingrained way of thinking which reduces morality to mathematical calculation. The philosophical exegesis I provided of the history and moral vacuity of utilitarian theory has limited power against such a dogma. Indeed recently Boris Johnson said that whether we lift lockdown is ‘a question of pure mathematics’. So this time I will remove my philosophical gown and speak in a personal way.

As chance would have it a Daily Telegraph article has since appeared by Sir Charles Walker MP, one of the very few parliamentary politicians with the courage and integrity to challenge his own party from a moral point of view. Of the government and its close advisers (notoriously Sage) he asks, in view of their deliberate strategy of fearmongering and terror, ‘did any of these people ask “is this ethical?”’

To answer his question I will say either they did, and didn’t consider it relevant, or it didn’t even occur to them. I don’t know which attitude is the more chilling. Their cynical campaign of emotional manipulation is, in his words, ‘a deliberate act of cruelty’.

His main emphasis is on the impact on mental health, which gives the lie to the government’s claim that mental health is ‘on a par’ with physical health. He says this will end up as a substantial problem for the NHS.

Refreshingly, he did not frame this objection in terms of cost-benefit-speak, though he did not spell out something of great importance here. There is an understated intimation that this impact goes beyond the idea of measurement or mathematics. That needs great emphasis. The deliberate emotional terrorising is intrinsically wrong. Like rape is wrong. The moral violation of rape goes far beyond (or is categorically different from) any physical harm that may or not result.

I promised a more personal approach this time. Here it is (though my objection to the government is not solely based on this case). For the past 23 years my younger daughter has been semi-housebound with chronic fatigue/post-viral syndrome (a condition not taken seriously enough in our country, especially by the NHS – though ironically there has been much recent emphasis on ‘long Covid’ which strikes her as being a synonym for the same condition – strange how adding ‘Covid’ to the label makes it more worthy of serious attention).

Up to three years ago she had the support of two parents, but since the sudden death of my wife she now has only me. The trauma of losing her mother, on top of her condition, has led to her suffering from agoraphobia. Before the first lockdown the two of us had been trying to work through this in stages by gradually increasing the distance between us on our morning walks with the dog.

Since the first lockdown, with the relentless pounding of dystopian messages, she has regressed to square one. Due to my age I was instructed by the health fascists to stay indoors and not even venture beyond my front door to put the dustbin out.

My daughter thus had no one to walk with, and the social services do not provide help with such a problem, especially as she has a dog (horror!) When I eventually decided to ignore the commands (sorry, ‘advice’ – though apparently enforceable by the police) and take her out, her agoraphobia was compounded by the physical terror of encountering any human life on the pavement or in the nearby park. The unearthly chilling sight of (unnecessary) ubiquitous masks, redolent of X-rated science fiction movies, would be enough to spook even tougher-minded folks.

Her anxiety increased to the point where no rational reassurance made much difference. I showed her articles written by high-ranking medical and proper scientific experts (sidelined by the government) challenging the exaggerations and lies of government propaganda but her emotions were not ameliorated by her very real intellectual grasp of the sensible arguments she read. She, and not she alone, is in the analogous position of someone who says ‘Of course I don’t believe in ghosts, but I am frightened of them!’ This is what is so pernicious about the use of scare tactics.

(Remember the huge tombstones, the eerie music and the emotional bombardment some years ago of government-sponsored TV ads telling us that AIDS could wipe out the whole human race?)

There are, there must be, many similar cases of emotional damage being caused, not to mention suicides (which the government do not consider). Even if we knew the figures they would not fit into the government’s ‘calculations’ because they don’t fit the narrative.

But while in one way numbers matter in respect of mental suffering – obviously it matters if the number of people whose mental health is being destroyed is very large – it is not sufficiently appreciated that what they have suffered, and are suffering, is not a matter for measurement, any more than love can be weighed and priced. There is no kind of ‘distressometer’ to enter into Johnson’s ‘pure mathematics’. In the most important and crucial sense, a moral assault is not quantifiable. You cannot put it on a butcher’s scales.