NewsPaperthe art of publishing
HomeBrexit WatchYou must get rid of ‘Broken Promises’ May: An open letter to...
180

You must get rid of ‘Broken Promises’ May: An open letter to Tory MPs 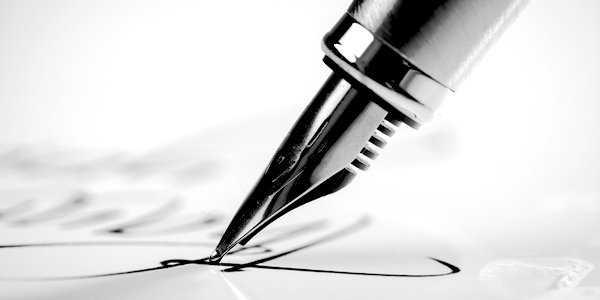 Dear Member of the Parliamentary Conservative and Unionist Party

We can have nothing but praise for the fortitude of our PM in sticking to her guns in developing and now seeking to sell her Withdrawal Agreement for permission to leave the EU, taking us into a transition period of some 21 or 24 months, prior to an actual departure with a trade deal as yet to be planned de novo. This will cost us a minimum of £39billion and see our trade controlled by the EU, according to Sabine Weyand’s definitive interpretation.

Our cabinet not surprisingly has split over the proposal, in particular the danger of the nation being stuck in an EU customs union with no infallible means of avoiding an EU veto on leaving it. Some have in good conscience not been able to take this risk, including the person who helped design it up to its final stages, and have had to resign. Some have remained in the cabinet seeking to amend the deal. Others are entirely happy with the deal and view the risk to sovereignty as secondary.

The PM has taken ‘personal responsibility’ for the plan. She remains intransigent that it cannot be altered nor replaced. It is ‘her Brexit’ or No Brexit. Other options have been frozen out by the government’s refusal, from the start, to make WTO trading preparations. Northern Ireland is to be put under EU regulation as if in parallel to the Rhineland in the 1919 Versailles Treaty imposed on Germany.

It is hardly surprising that many outside the cabinet are shocked with the whole turn of policy since Chequers.

Indeed the PM herself had previously rejected any customs union plan in words that equate totally with those who cannot stomach her present plan just put through the cabinet this week. ‘The EU has also formed a customs union with some other countries. But those arrangements, if applied to the UK, would mean the EU setting the UK’s external tariffs, being able to let other countries sell more into the UK without making it any easier for us to sell more to them, or the UK signing up to the Common Commercial Policy. That would not be compatible with a meaningful independent trade policy. It would mean we had less control than we do now over our trade in the world. Neither Leave nor Remain voters would want that.’ (March 2, 2018)

How well she expressed then what so many are now saying to her and to her cabinet about ‘her’ plan.

As was well said in the House, no one questions the honour and integrity of the PM, and all party members have stood up for her, even when seeking to persuade her to go back to her initially declared policies as found in her Lancaster House statement with its red lines.

Now, however, many have realised that the PM is totally set on her plan, lashed to its mast, and will not change an iota of it. She has identified herself with it almost with the zeal of a religious convert, and without presenting the reasoning for her conversion to Chequers from the expected Canada plus type of free trade deal offered by the EU early on.

Her absolutist attitude has forced loyal dissenters very reluctantly to draw the conclusion that as long as she remains PM, her plan is inviolable.

At present the document signed by the PM on 8 December 2017 is not yet legally binding: we still have the ability to rescind that unilateral commitment to pay £39billion and to reject the EU’s artificial creation of the Irish border puzzle. As soon as we sign the PM’s ‘deal’ to leave and enter a transition period of being under the EU with no say, we lose this golden opportunity.

It is also now evident that the EU will press for more concessions, and yield none. In particular it wants a de facto annexation of the fisheries which were given away by Mr Heath on our accession, confirmed by Maastricht. Their return to full UK control was a major reason for the Brexit result and it is vital to the welfare of Scotland and the Union.

Unfortunately however the PM persists with her sincere and oft-repeated view that her commitments are in the national interest. Alas she has used coercive methods with her cabinet, at Chequers with remarkable threats in particular, and has been drawn in to EU-style management techniques of the executive, making decisions then bouncing colleagues into approving them with no time to read the proposals and make informed judgements. Consider the number of times she has resiled from assurances, for example the above case of her rejection of the customs union, as well her fifty statements assuring the nation that her Lancaster House statement was to be implemented.

She broke her promises on calling an election and not triggering Article 50 until the UK had an agreed strategy – two decisions that the history books will not look upon kindly. She promised to put Dexeu in charge of the negotiation and make sure a Brexiteer was doing Brexit – that did not happen. Labour no doubt will take this record of broken promises and maximise it in the eyes of the electorate to devastating effect.

The PM’s own words above describe the unacceptability of what became ‘her plan’, toxic to Leave and to Remain. Her failure to listen to colleagues with well-worked-out alternative plans for the UK and EU trading arrangements is very hard to explain. It seems to go beyond the well-documented influence of the civil servants in whose hands – having little discernible knowledge, judgement or confidence of her own – she has been ever since taking office, who are reportedly uniformly opposed to Brexit. Is she, as some commenters suspect, being influenced by powerful interests such as Soros, the CBI, IMF and globalisation agencies, keen to scupper Brexit through the PM’s plan which is deeply unattractive to all sides? To keep the PM in post means more of the same inflexibility and lack of collegiality, more bullying and decisions made in advance with Sabine Weyand before being shown to elected politicians, as with the Chequers plan which Ms Weyand informed the government the day before the Chequers meeting was not acceptable to the EU. The cabinet was kept in the dark about this damning verdict, as was the House of Commons.

Since when was democratic governance to be bargained away by UK MPs? This is happening, as long as the PM is in place, and means that public trust in our very democratic system, is even now being eroded. You are the trustees of UK democracy.

The legacy of keeping the plan and PM wobbling onwards will be acrimony for decades. It is seen as a coup against the Brexit vote by ‘the establishment’. This will widen divisions in our society, not heal them. ‘Her plan’ has to be rejected and this can happen, at her insistence, only by her resignation. You must vote to seize our golden opportunity.