You needn’t believe in magic to worry about witchcraft 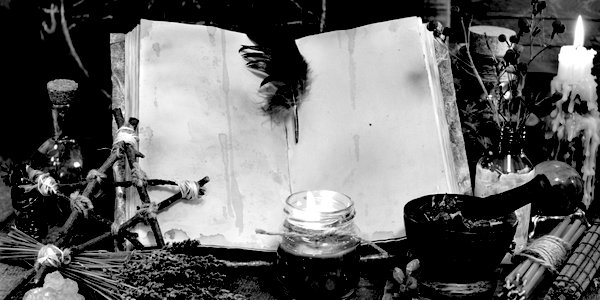 YOU may have noticed the creeping increase in the presence of witches and witchcraft in popular and mainstream culture. There’s Harry Potter of course, and also the sinister Chilling Adventures of Sabrina, complete with devil worship, cannibalism, human sacrifice and, inevitably, feminism. Wicca, as modern witches tend to refer to their movement, saw its numbers in the US skyrocket from around 8,000 in 1990 to 342,000 in 2008. In the UK the 2011 census recorded (for the first time) the number of Wiccan or Witchcraft adherents as 13,042 (alongside 56,620 Pagans). It will be interesting to see what those figures look like in 2021.

The BBC, ever at the forefront of pushing transgressive agendas, ran a feature last week purporting to tell readers nine ‘extraordinary facts’ about British witchcraft – though I don’t think the (anonymous) writer understood history as he or she didn’t grasp that when Henry VIII banned witchcraft in 1542 it was because he had just taken over the powers of the church, not because witchcraft had been acceptable before.

The modern Wicca movement was started in 1954 by a retired British civil servant, Gerald Gardner, a man with a dubious interest in ritual nudity and scourging, and author Doreen Valiente. Gardner and Valiente’s writing, including Gardner’s spell book, the Book of Shadows, drew on ancient paganism and mingled it with modern ideas, many of their own invention. The pair set out a pagan system of nature religion centred on a male horned god and a female mother goddess, though many Wiccans are said to see these more as Jungian archetypes than literal deities.

The most characteristic feature of witchcraft of course is magic or sorcery, defined by adherents as seeking control over the secret forces of nature in order to bend the world to one’s will.

There are few hard statistics on the Wicca movement, but it seems clear that most practitioners are female and much of it is self-consciously feminist. It is very attractive to teenage girls in particular – a Christian-based spiritual helpline in California reported Wicca as the most common reason people contacted them, and almost all such callers were teenage girls. The appeal to this demographic is not difficult to guess: desire for control at a time of great change and uncertainty, and for belonging particularly to something that affirms the feminine. Interest has been spiking as the movement has continued to make inroads into popular culture and go mainstream.

Should we be worried? The answer must be yes – and that holds even if you believe (as most do) that witchcraft cannot possibly have any efficacy. Some argue that it is just innocent superstition, and even has benefits in promoting belonging and solidarity and providing a channel for teen angst. However, this overlooks that witchcraft has, unsurprisingly, a very dark side, and you don’t have to believe in magic to see how dark it is.

Magic, unlike traditional prayer, is not understood to be subject to the will of a good and all-powerful God to control what it is about. Instead, the spell is conceived as being entirely a projection of the will of the one casting it, and that will can be for good or for ill, to bless or to harm. Certainly, most modern witches claim to stick to the ‘white magic’ of healing and protection and steer clear of the ‘black magic’ of curses and hexes. Modern witchcraft even has an ethical code: the ‘Wiccan Rede’, which says ‘do no harm and do what you will’, along with the karma-like ‘Law of Threefold Return’, which posits a triple payback for anything done to others whether good or bad. Practitioners also generally claim to respect consent and thus eschew love spells.

But how widely observed is all this, rather than just being a front for PR purposes? The fact that ‘Rede’ means advice rather than rule should probably be a clue. We all got a taste of what I suspect is the true state of modern witchcraft in October when an occult bookshop in New York organised a heavily publicised hexing of Brett Kavanaugh. The organisers explained: ‘He will be the focal point, but by no means the only target, so bring your rage and all of the axes you’ve got to grind.’ The ingredients for the do-try-this-at-home version of the spell included graveyard dirt, coffin nails, a black candle, a broken mirror, and ‘revenge oil’. ‘Obtain a photo of your enemy,’ they instructed. ‘Mark it according to your purposes and write out your curses on it.’

This naked exercise in black magic didn’t appear to be in any way unfamiliar to the organisers, nor did they show any sign of being coy about it, as though it were something controversial in the Wicca community. Neither was there any outcry from among the supposedly all-white witches of modern Wicca protesting at the turning of their innocent art to malevolent ends. This is surely then the true face of modern witchcraft, the mask slipping when confronted with some great feminist bogeyman to bring down.

It doesn’t take any great insight to see that such a movement, dwelling on the dark, the morbid, the occult and the violent, cannot be healthy for young women or anyone to be drawn into. There is admittedly no research into the impact of involvement in witchcraft on a person’s mental health or life prospects, but it isn’t hard to see how a fixation on the dark and macabre side of things will breed negative attitudes and states of mind. Much of the movement is ultra-feminist and anti-Christian, replacing, for example, the traditional ‘till death do us part’ marriage vow with the much more modest ‘for as long as love lasts’ – hardly a recipe for fidelity or family stability.

This is not a complaint about using witchcraft and magic as a device in fiction and fantasy, where it can be very useful and entertaining. It is about the dangers of treating witchcraft as something real into which people, especially young girls, can be drawn by its glorification in entertainment and the media. We all as human beings need to help one another distinguish fantasy from reality, and point away from the dark towards the light.