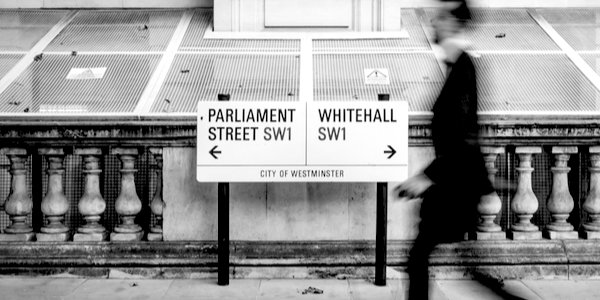 WHEN investigative writers publish their account of the Covid fiasco, their readers will be astonished to learn how a mildly infectious virus lethal only to the elderly and infirm brought the UK economy to its knees. The poor decision-making and weaker execution has been exhaustively reported on this site, if not in mainstream media. The key question is why.

There is an Army adage ‘There are no bad regiments, just bad officers’, and that applies to the Civil Service as much as anywhere else.

It is therefore of some comfort that the Prime Minister is planning on re-establishing the Civil Service training establishment and siting it at Sandhurst – home of British Army (junior) officer training. (The Civil Service College was closed in 2012 when for some reason it was decided that the Civil Service didn’t need training).

Much as I like the idea of modern-day Sir Humphreys (who of course were professionally trained) being ‘beasted’ on a drill square and taking logs for long runs, I suspect the content will be more focused on leadership and management. The students might benefit from understanding Sandhurst’s motto, ‘Serve to Lead’, and seeing at close hand quite what it takes to become an Army officer. They would also perhaps benefit from the insistence on absolute integrity (if officer cadets or officers are found out in a lie they are sacked).

They’re also going to have to learn command: the (military) process by which decisions are made. In the fighting bit of the Army (as opposed to the procurement bit) everyone knows who and what they are responsible for and to whom they answer. The same is true of most of the companies in the UK – the buck stops with the CEO, who delegates authority as he or she sees fit. This does not accord with the view of the MBA factories, consultancies and listed companies who have adopted ‘matrix management’, which often means that managers report to several senior executives on different matters. Perhaps to HR for all personnel matters, the finance director for their budget, the sales director for their sales targets and the operations director for how they actually deliver product to consumers. It’s a recipe for endless meetings in place of achievement. Unfortunately this (in my experience, flawed) concept has been adopted wholesale by the Civil Service, with the inevitable result that lines of responsibility for delivery of public service are at best opaque and sometimes, as the pandemic has shown, dysfunctional.

I am sure that the PM is aware of how huge this undertaking is.  Given the emergence of Reform UK (formerly known as the Brexit Party) and Laurence Fox’s Reclaim, he’s also aware of the emerging political threats to the Tory party. However there are some crumbs of comfort for him.

Firstly, he had a similar problem when he took over London’s City Hall, where he removed (eventually) the Livingstone legacy, to the delight of the more junior staff.  Of course, the entire Civil Service is a bigger problem as it has more people.

Secondly, he’s not the first leader to face this. He might do well to emulate the late Lord Weinstock, who transformed GEC from a £100million company to an £11billion one. Weinstock sacked all external consultants, abolished all standing committees and closed all the meeting rooms. Senior managers were accountable to him directly – and woe betide those who did not know their stuff during one of his Sunday-morning phone calls.

Thirdly, and in the public sector, Johnson should look at the transformation of the US Army from the drug-ridden embarrassment of the mid-1970s to the superb fighting machine it became a decade later. I saw this at first hand – in 1987 on an exercise I managed to capture a US Army brigade headquarters, including its commander. He was sacked, immediately, his replacement arriving by helicopter while I was there. As the sacked commander left, his 25-year career in tatters, with good grace he said: ‘Well done, son. I hope you’re as good as this against the Russians if they come.’ The point being that he knew his performance was inadequate and accepted the consequences.

Turnarounds, for this is what the current government system needs, are not for the faint-hearted. Bold actions send messages – clearing out the dead wood (‘early retirement’ or P45) invigorates the next generation.

For sure there are many details that need sorting, such as the course content and who will deliver it. (Hint: not McKinsey or the usual suspects. Why not reach out to the Bamfords, who are behind JCB, a hugely successful private company? But the reforms are long overdue, so start now with the NHS and Sage.