NewsPaperthe art of publishing
HomeNewsYou’ll be itching to read this . . .
0 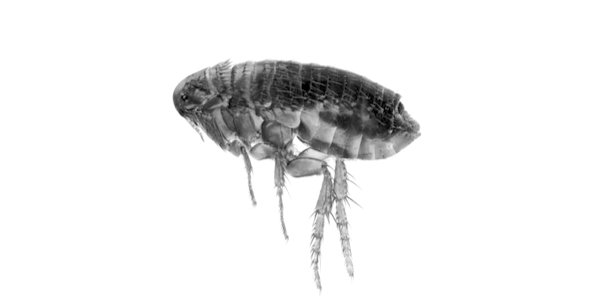 I’VE always quite admired fleas, jumping eighty times their own height, and not surprised that William Blake drew one in profile in military uniform, and painted another as a nude figure gorging on blood. He claimed it posed for him during a séance in 1819, and revealed that fleas, originally designed by God to be big as bullocks, were all inhabited by the souls of men who were ‘bloodthirsty to excess’.

I’ll drink to that, and note that Blake’s nude flea was a ghost. I assume that by the time it spoke to him he’d already squashed it. Now I’d like to squash them all, since early July when I noticed my feet were covered in bright red dots. As I scratched and scratched, the dots joined up into a brilliant scarlet rash. At first the fleas could jump only as high as my ankles, but as they came to bed with me, they managed to reach all parts.

Increasingly alarmed, I traced the worst outbreak to a rug in my bedroom where I used to comb my cat. The fleas jumped from there on to my feet and followed me into bed, not the ones shaped like tiny black sails, but specks just hatched, so tiny I couldn’t catch them or even be sure I’d seen them.

I got more bitten, more bewildered and exhausted; washing all bedding and clothing, vacuuming, scrubbing and applying insecticide from the chemist, in a fervour of housework. I even cleaned inside my microwave, something which hasn’t happened often since I bought it in 1988, and on top of the fridge.

The blighters still bit. My house no longer seemed like a safe, cosy refuge. I had to move out of my bedroom which was invaded by an alien species. ‘Fleabag’ may be an amusing title for a TV show or even a cat, but not for a real woman. I didn’t want to go out in case anyone noticed the spots or the specks, and remembered reading about a couple in a rented flat who committed suicide because of fleas. Their council rather nonchalantly called their deaths ‘a very sad affair’.

I could empathise with them, seeing animated specks everywhere, myself jumping constantly, even at the sight of one of the holes in my watch strap and the dots floating past when I closed my eyes. I didn’t want to sleep as I knew there’d be more red lumps by the morning.

The only answer was to call in a pest controller. I’m not keen on people who make a living killing innocent creatures but now I was offering them tea and cake. They offered a ‘complete heat treatment’ for £1,000 or fumigation for just over £400, which I took. Before they started everything had to be removed from ward-robes and drawers. It felt like moving house as I bagged it all up and started stuffing duvets into my washing machine.

My fleas, like Blake’s, now seem to be ghosts, but I’m not certain. Everyone has a delusion about something and mine was about cleanliness: I now know that I need to vacuum and wash pet bedding every week, rather than once a year. I even need to clean my desk which was so thick with fur, dead skin and old postcards that the dust mites and moths who are supposed to deal with all that had obviously given up.

I also realise, as you do with age, that our parents did inexplicable things for good reason. Mine had a carpet sweeper, an irritating tinny thing which came out after every tea. My father pushed it back and forth resentfully and I despised him for bothering. After the early bed-making ritual my mother vacuumed her house every day. A true 60s child, I never thought that any of that practical stuff would ever apply to me but it turns out it’s just too expensive and too itchy not to get the mundane stuff done.