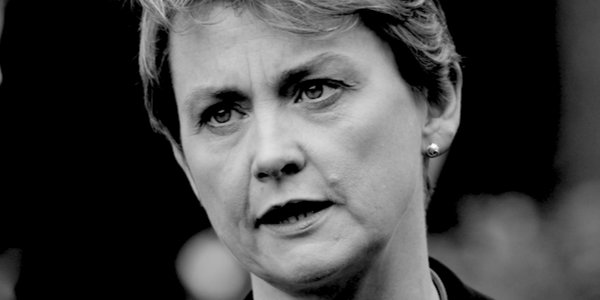 I also suspect we'll see a lot of people buying shares in Yvette Cooper after this. But I've got mixed views. Has shown her forensic ability. But her opportunism over the illegal migrant regime reinforces idea she works the angles, rather than works from a place of conviction.

There are plenty of these commodity tools out there, and it’s hard to know which to choose. So here’s a review of the best political options for abrasion and polishing.

A good angle grinder needs power, flexibility and a covering of non-stick hardened epoxy resin at its heart, so it doesn’t get gummed up by all the detritus it creates.

The Diane Abbott is good for certain jobs but it’s high maintenance. It was great in its time, but some of its cutting mechanisms seem crude and outdated now. The Guilt-Trip function, once regarded as revolutionary, has been superseded by other forms of self-protection. There are more subtle forms of manipulation. And some models are far better at projection.

The Abbott is now seen as very much a single-issue angle grinder and its limitations have been exposed. Yes, there is an integrated race card – it’s one of the deadliest players on the market. But other angle grinders available now have an entire range of shoulder-chip sets which are leaving the Abbott behind on the emotional currency market.

Talking of which, there’s a fun-size grinder from Owen Jones, which gets everywhere, even into the tiniest spaces.

The Owen is cheap and works out of the box, and it’s constantly available. Like many ‘quick and dirty’ products, it does a simple job. If you want to drive a wedge through society, or create an instant polarisation, there’s nothing more lethal. This is why many politically fanatical producers have had it couriered to their studios. But it’s been found wanting.

What’s worst, for many, is that it produces a ghastly high-pitched whine that can do long-term damage. The end result can be off-putting – it’s known in the trade as an ‘Owen Goal’, where the angle grinder actually causes a landslide in the opposite direction. That’s not the only unintended consequence, we hear.

It’s also proved volatile and unreliable and some users have been entitled to a refund. The Owen Jones was famously bounced off stage when benchmarked against the more robust and aesthetically pleasing Hartley-Brewer. It was also found wanting against Brillo, to which the O J had no answers.

Now a new champion among angle grinders has emerged. Many newsrooms swear by the ‘Opportunist 2018’ from Yvette Cooper, which does exactly what they want it to do. Featuring abrasive tungsten, an outer shell of BBC Teflon and a new context-free responsibility bypass system, it has the ability to skirt round all the difficult issues.

Once the grinding is over, it fits neatly back in its box, which is clean and tidy and not clogged up with any afterthoughts. The build-up of ‘huddled mass’ is often a danger when you’ve been creating angles with materials such as ‘tired’n’poor’, which can have a tendency to follow you home. You really don’t want that when you’ve spent a hard day under hot studio lights. And the Cooper will grind away, leaving behind a mess for someone else to clean up, and return to its base completely unaffected.