Your cut-out-and-peep guide to dog whistles 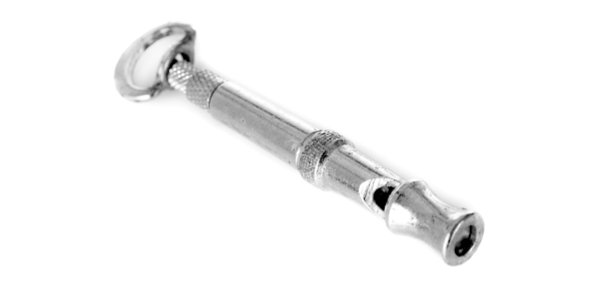 THEY make some amazing dog whistles nowadays. These tin and plastic gadgets can produce an amazing range of high-pitched sounds which can articulate the most complex emotions and disturbing political ideologies.

Dog whistles are available to everyone, but only the Far Right seem to use them at the moment.

So what are they?

The simplest way of understanding them is to think of a dog whistle message as anything that goes over your head.

What is the Far Right? Put the words together and what have you got? Faright. F’right.

There: the Far Right is basically anything that makes you F’rightened.

Like anything that sounds a bit fascist, we want it for ourselves. Look what Jeremy has achieved with Anti-Semitism. Blackshirts – they’re ours now. As is mob violence. Antifa is Yin to the Brownshirt’s Yang.

BBC ‘comedy’ is exclusively Left-wing. Punchlines are patriarchal. Jokes are no laughing matter.

With its relentless demonising of anyone who isn’t in the room, the BBC’s Now Show is the living embodiment of Goebbels’s Big Lie tactics.

Still, back to dog whistles. Are there any courses in this important new demonising technology? Experts in the media are constantly reporting on new uses of the dog whistle for political messaging.

What about the new 5G dog whistles? They can be network spliced to allocate bandwidth for important messages. They can prioritise certain messages for instant mob manipulation, while less time-sensitive crowd frenzy can be allocated slots in off-peak periods.

Is Digital Demonisation about to get Disrupted?

I wonder if Buzzfraud or the Huffing Poser would like a piece that exposes The Ten Uses of a Right Wing Dog Whistle.