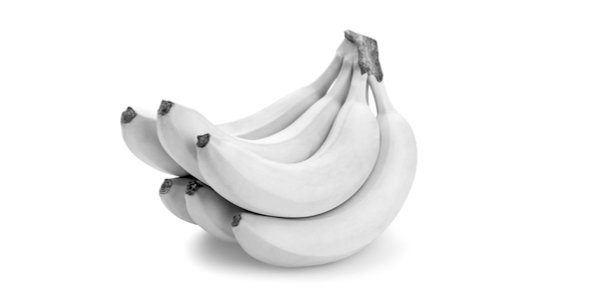 What will they achieve? The activist left and their media enablers, who whip up hordes of willing fellow travellers with their fellow travellers are planning to cause as much mayhem as possible. Marches, blimps, protests, the signs are being printed, the coaches laid on, we can be sure that Britain’s city centres are going to be brought to a halt.

Such is the clamour from posturing progressives throughout the UK that the American embassy has considered it advisable to issue a safety alert to its citizens here as though the UK were a banana republic in the midst of turmoil. Americans are sensibly advised to:

• Be aware of your surroundings;
• Exercise caution if unexpectedly in the vicinity of large gatherings that may become violent;
• Keep a low profile;
• Monitor local media for updates;
• View updates from UK police at met.police.uk and follow @MetPoliceEvents and @MetPoliceUK for guidance.

Leading the way in whipping up irresponsibility is of course the Guardian.

It said: ‘It is imperative that we use Trump’s visit to the UK on 13 July as an opportunity to demonstrate the strong resistance here to the heinous policies of his administration. Not only that; we must use it to build a loud, intersectional anti-racism and pro-migrant rights movement in the UK that will not shy away from naming fascists for what they are, and will not whitewash the politics of hate, racism and misogyny.’

The frightening thing is that these people really believe their own propaganda that the people of America elected a fascistic, racist, misogynistic peddler of hate as their president. The sad thing is that no one is offering them caring treatment.

The Daily Mirror joined in. Under the headline ‘How can I protest against Donald Trump’s visit to the UK?’ it gives dates and times of every major march and demonstration against the head of state of the UK’s most important ally.

Not to be outdone, London’s Evening Standard published a handy guide to anti-Trump events. This included details about coaches put on to ferry people to tomorrow’s London protest from all over the country. When we consider that this newspaper is edited by George Osborne, one-time Chancellor of the Exchequer and hot favourite to succeed David Cameron as prime minister, we get an idea of the state of today’s Conservative Party.

Amnesty International encourage their supporters to protest noisily against the visit. In their world the ‘beast’ Trump ‘feeds off division, bigotry and fear’. Demonstrators are urged to ‘Come dressed as your favourite horror movie character . . . Bring pots, pans, drums, whistles, and anything else you can think of to make the most terrible racket – so wherever in the country the beast may be, we know he’s going to be scared’.

Everyone needing to burnish their progressive credentials and with a longing that someone, anyone, pay attention to them is having their say. Scottish Labour leader Richard Leonard and Green Party leader Patrick Harvie both call on the Scottish government to stop Air Force One from landing at publicly owned Prestwick airport. Probably most pathetic and embarrassing of all is London’s mayor Sadiq Khan who has approved the flying of a ‘Trump baby’ blimp from Parliament Square.

Environmentalist activist Leo Murray, who organised the infantile stunt, has written in the Guardian explaining his reasons. He admits, like a child who has had a bad dream, ‘On the morning Donald Trump was elected, I cried on the Tube’. But it wasn’t a dream: ‘almost everything we feared about President Trump has come true’.

When looked at calmly, the claim that Trump is a uniquely evil president, perhaps even a fascist, is risible. It demonstrates the Left’s double standards.

If Trump’s sensible immigration policies are grounded in unabashed racism why did the British Left fawn on Barack Obama when he visited? Even anti-Trump outlets admit that Obama deported more immigrants than all his predecessors combined. The policy of separating children from illegal immigrant parents whilst they were processed was not put in place by Trump, it was already there when Trump replaced Obama.

Trump has limited travel from a handful of terrorist-exporting Muslim-dominated countries, an action backed by the US Supreme Court. There is no travel ban on the vast majority of Muslim countries. Yet protesters claim Trump is anti-Muslim and trying to appease his Islamophobic base. When compared with the disastrous Middle East policies pursued by his predecessors, which have helped bring violent death and turmoil on an industrial scale to the area, Trump’s actions are benign.

The idea that Trump is opening the door for fascism in America is puerile and hysterical. It also insults all those who have suffered under and fought real fascism. It maligns the American people. To imply they have elected a modern incarnation of Benito Mussolini is to suggest the people of America, the nation which played a major part in defeating real fascism, are bigoted, ignorant and untrustworthy.

Trump has made his errors. This tantrum of the Left defeats their purposes by making reasoned criticism of his actions all the more difficult.

But never mind, it will all be worthwhile because the perpetually outraged can feel good about themselves. Some might even be deluded enough to imagine they might change American policy. They will no doubt reassure themselves that they have struck a blow for democracy and are really virtuous people.