NewsPaperthe art of publishing
HomeNewsWhat a con! Your overwhelming verdict on the wind power scandal
236

What a con! Your overwhelming verdict on the wind power scandal 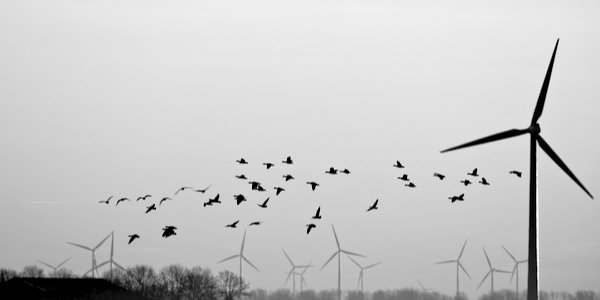 SINCE Boris Johnson announced his intention to have every home in Britain running on wind-generated power within ten years, TCW has run three articles on the topic.

On Friday we pointed out that the wind does not blow all the time, so there is always a need for back-up generation, unless we are prepared for kettles that won’t boil, washing machines that won’t wash, cookers that won’t cook and electric cars standing useless on our driveways.

On Saturday we discussed the ludicrous situation that environmental activists are pushing for wind turbines regardless of the environmental damage they do. The Royal Society for the Protection of Birds is quite deliberately ignoring evidence that millions of birds are slaughtered every year, a rate which is unsustainable in the short term for many threatened breeds and almost certainly in the long term even for common birds. Some ‘Protection’!

Yesterday we demonstrated that although wind turbines are sold as being emission-free, the production process is far from green and is completely dependent on fossil fuels.

All these points are ignored by politicians and environmentalists in their tearing hurry to separate taxpayers from their money and hand it over to multi-national corporations.

The three articles drew a host of comments, and here are a few extracts. It becomes harder and harder to understand how Boris Johnson and his eco-muse Ms Symonds can ignore the rising tide of public opinion.

(I would just like to salute Ms Zion Lights, who was the spokesman for Extinction Rebellion before she realised they were talking rubbish and who is now working to promote nuclear power. It takes a lot of courage to admit you were wrong, and I wish her well.)

The World Council for Nature: ‘Biofuels, biomass and windfarms are destroying wildlife habitats at great speed, yet they do not produce any environmental benefits at all . . . If the planet is at risk, it is from the corrupt alliance of ‘green’ charlatans, subsidy-sucking speculators, and politicians. Together, they have created a monster which is causing more devastation worldwide than there has been in 5,000 years of civilisation.’

Of course Johnson’s plan is totally bonkers. He is owned by the eco-fascist globalists now, who are using him as local front man for their New Order. His use of the phrase ‘build back better’ was not accidental; it is pure WEF Great Reset language.

Obviously Boris, a so-called historian, is unaware of the thousands of wrecked sailing ships and countless lives lost around our coast when ships were driven ashore by gales and drifted on to the rocks in calms. It is remarkable how quickly coal fired engines were fitted to sailing ships when they became available. Many lives saved, just as coal fired power stations save many lives from the cold winters now.

So on those sub-zero, windless winter nights, how are we expected keep warm? By jumping up and down presumably. And forget storage batteries. The entire annual Tesla production of batteries would power the United States for just five minutes. As usual Johnson pays no attention to detail; just big, pointless, and usually impractical, prestige projects like his bridge/tunnel to Northern Ireland, garden bridge, HS2, Channel bridge, Boris Island, etc.

It’s madness isn’t it? I sometimes look back and wonder what was going through my tiny mind when I voted for this clown. Governments and politicians have always messed up but I recall a time when failure still had consequences but these days a disgraced politician is treated like a celebrity by the media . . . and there lies one of the major problems with politics today – the media plays a crucial role in any healthy democracy but the media today is far too weak – it is no longer capable of doing its job which was to hold governments and politicians to account.

Nuclear is the only way. The incidents at Chernobyl, Three Mile Island and Fukushima have however so frightened the fearful politicians that new developments are almost beyond the pale.

It is a matter of wonder to my engineer friend (who used to design electricity pylons) that we haven’t yet had rolling blackouts in winter. The rate at which the Government is forcing proper power stations to close down, it only takes one bad winter with a couple of power stations offline.

Every year in Spain alone — according to research by the conservation group SEO/Birdlife — between 6 and 18 million birds and bats are killed by wind farms. They kill roughly twice as many bats as birds.

The Tasmanian Wedge-tailed Eagle is at the point of extinction due to wind farms. Recent research from around the world indicates horrific bird mortality rates:-

When will the wind industry be forced tell us the appalling truth?

And before the absurd is mentioned, I’ve never seen an eagle, gannet or fulmar killed by a cat, car windscreen, or kitchen window!SiberianRhod wrote:

The term ‘Green Energy’ is a con trick put out by those who want subsidies for their inefficient systems. The machinery of ‘clean’ renewables is the output of the fossil fuel economy, and largely the coal economy. It is also doubtful if over their life cycle they produce as much energy as it takes to manufacture them.

The Great Reset realise that there is only so much mileage with Bat Clap, so the next stage on their dictatorial march through all our rights and freedoms will be based off the Climate Change Emergency. Soon we will be being ordered to comply with whatever diktat is dreamt up. The Bat Clap emergency is just the warm-up act.

Sustainability is a nonsense. If mankind had adopted that idea from the start metals would never have been mined to begin with and we would still be living in the Stone Age, except there would probably be only a few million of us worldwide rather than 7billion.

If you want to know what England will be like under wind power, look at the present situation under the competence of this government with Covid and magnify that 100 times or more.cerberus replied:

The fact that CO2 is the most vital, greenest trace gas in the atmosphere, not a pollutant, and all life on Earth cannot do without the stuff will forever be beyond them. They are the most deeply unscientific crew it is possible to imagine and perennial easy pickings for the shysters of the global warming industry they themselves brought into existence with taxpayers’ money.

One of the biggest con jobs going is this widely promoted view that ditching everything we know about generating power and going 100 per cent green will lead to a huge windfall in jobs for the native population.

Scotland’s economy secretary has been challenged by Labour to stop ‘outsourcing’ green industry jobs as yet more windfarm work goes overseas. Last week it was announced BiFab – which operates two fabrication yards in Fife and one near Stornoway – had failed to win any of the work for the massive Seagreen development being built off the coast of Angus. All of the platforms for its 114 turbines are being manufactured in China and the United Arab Emirates.

The question we really should be asking is exactly who is getting rich from all these green energy schemes, because the one thing I do know, it’s not the plebs who I keep getting told will end up saving money by going green.