NewsPaperthe art of publishing
HomeNewsYour verdict: The Royals must downsize
0

Your verdict: The Royals must downsize 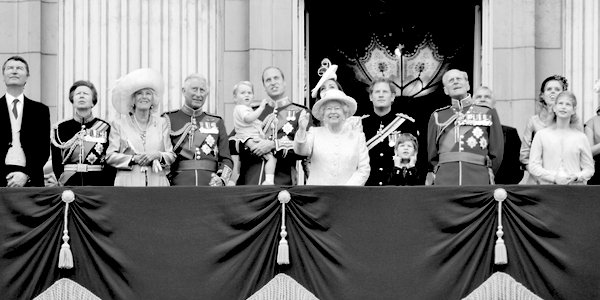 IN the wake of Harry and Meghan’s ‘we want to step back’ announcement, our readers emphatically think the time has come for the royal family to downsize to the immediate heirs.

After the Queen’s statement basically agreeing to the couple’s demands, the controversy shows no signs of abating.

If you look at the work so many of the Royals do, I do not think we need to be too stringent with our cull. Many, like Princess Anne’s children, make their own way in the world. It really is only the main siblings who get taxpayer funding already. I think when Kate and Wills’s grandchildren arrive, it will only be the direct heir who will maintain funding.

I think the biggest danger comes from those royals who abuse their position. Prince Andrew has been notorious in doing this. However, Prince Edward and Princess Anne are very hard-working. We now have another royal crisis with Harry and Meghan and frankly Harry has mishandled this very badly.

It would be a good idea if there was a protocol set that made sure that every immediate royal had a job to do within the realm – i.e. the Armed Forces, respected charities or indeed as young ambassadors for the reigning family. This would give them a real idea of how people outside their small world live their lives.

There should also be a strong scrutiny of those the Royals choose to marry. The farce we have seen played out over the last few months could so easily have been avoided if the Royal Family had insisted on meeting Meghan’s family.

It is not too much to ask that two families should not be introduced, especially as anyone coming into ‘The Firm’ has a major shift in their lifestyle and needs to understand the commitment to this country. That Meghan was allowed to rudely stay away from welcoming the President of the Free World because she preferred Hillary Clinton to Trump was beyond acceptance. The fact that she was allowed to get away with spreading her Left-wing woke opinions when the Royal Family need to be seen to be neutral seems to me to scream disaster in the wings.

However, now that Harry has set a precedent for younger royals to walk away from public service, I do believe that all the younger royals should be given this choice on the clear understanding that no further public money or favour will be forthcoming. I also hope it will be made clear to Meghan that the commercial use of the Sussex title will be seen as breaking a code of conduct that could be taken through the courts.

If the Royal Family were a business, it would be badly overstaffed.

They don’t want a ‘quiet life’. They want the freedom to push their ‘wokeness’ on to every human being, and have us pay for the privilege. They want publicity all right, so long as they control it. Why else publish a website and not just melt into the background?

Apart from Meghan, Harry and Andrew, I don’t mind the Royal Family. They add to the gaiety of the nation, attract tourists and sell newspapers. Gossiping about them is good fun and the Queen is a symbol of national unity. Meghan and Harry are a petulant spoilt pair and want to monetarise their privileged position with tacky and vulgar commercial deals. Off with their heads!

Breaking news . . . senior officials at Buckingham Palace are to present Prince Harry with a ceremonial box. The box contains a dagger, rope, revolver and a piece of lead piping and a get-out-of-jail-free card.

Over to our Royal Correspondent, Lucy Lickspittle: ‘Also in the box are several wooden stakes, a heavy mallet, and the blank Royal Pardon is somehow already signed by the Queen. It is thought at this stage that all items are symbolic and not presented as functional (the revolver is empty). Palace officialdom are thought to be keen to point out to the tragically stupid prince that a resolution must be found, and quickly at that, and that no avenue can be closed in this pursuit, no matter how extreme. Back now to the studio.’

The habit of the Ottomans has much to recommend it – once the succession was secured, the spares were all made away with. Harsh, perhaps, but practical and economical.

Why don’t they all go to live in Canada?