NewsPaperthe art of publishing
HomeCulture WarsYou’re TV’s master of the universe, Brian – but can you tell...
0

You’re TV’s master of the universe, Brian – but can you tell us who made it? 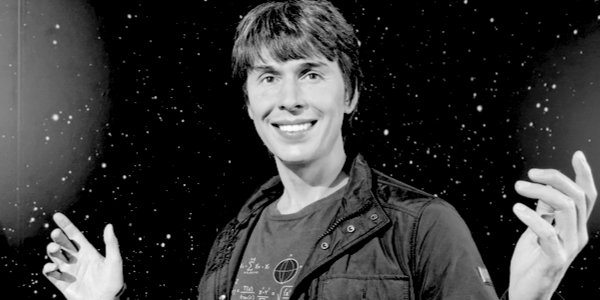 Among other things, the five-part series – it ended on Tuesday, but you can see it on catch-up – was handy for lifting your gaze away from the misery and uncertainty of life down here on Planet Covid.

Universe is the latest in a long line of such offerings by Cox, in which the ever-boyish 53-year-old pop star turned stargazer is continually awestruck by what he is telling us, narrating in hushed tones of modified Mancunian.

He does manage to convey his sense of wonder, but sometimes veers towards the mawkish. And to be honest, the format, used in all his previous series, is getting a bit samey – particularly the instant globe-whisking camera tricks, where he starts a sentence while gazing at the stars in the wilds of Patagonia and finishes it in a cave in Iceland.

He’s like one of those sub-atomic quantum particles that vanish spontaneously when looked at, only to pop up elsewhere a while later. Do stay still, Brian!

We all know the information the populist prof is imparting could just as well be delivered in a studio with a blackboard, a pointer and a stick of chalk, like those early Open University lectures. But I can’t imagine Brian wearing a tweed jacket with leather elbow patches and pens sticking out of his breast pocket. And I suppose BBC documentary budgets need using up somehow.

All that aside, I was still hooked on Universe and my mind couldn’t help being boggled by some of the stuff Cox told us, particularly the sheer size of the whole shebang surrounding us.

The furthest known galaxy is 13.5billion light years away – one light year being more than five trillion miles. I can’t do the maths, but it’s a lot further than the 200-mile commute I once did to London and that was long enough for me.

To complicate things, the universe is expanding at an ever-faster rate. So there’s no chance of grabbing a latte in Douglas Adams’s Restaurant at the End of the Universe – you’d never get there.

However, impressed as I am by programmes such as this, I’m always quietly mumbling to myself: Yes, we know the universe is big, but where did it all come from?

We never get a straightforward answer because, of course – as Cox admitted in the final episode – no one knows. However, he did go farther than I’ve seen before on any of these science-for-dummies shows by saying we can now see back beyond the Big Bang, the generally accepted moment 13.8billion years ago that the universe as we know it came into existence.

It seems that before the Big Bang, there was just an ‘ocean’ of pure energy. This became unstable, inflated, and whoomph! … the universe was up and running. But it wasn’t a gigantic explosion as such, more a case of the energy transforming into matter. Ripples in the energy field led to the formation of stars and planets and – well, you know the rest.

It’s an interesting take on creation. But it still raises the question: Where did the ocean of energy come from? Who or what made it?

Like most scientists, Cox appears to reject the idea of God. At the start of the series, he even said the stars were gods, but not, I think, in any serious sense.

It’s just that putting everything down to a supernatural being is for him and his colleagues not playing the scientific game, which relies on theory, observation, evidence, experimentation, logic etc. You can’t be telling people that the universe developed by natural, explicable processes, then suddenly say it was all magicked up by an unprovable entity.

Brian even gave us his own version of Genesis: ‘In the beginning there was an ocean of energy. There were ripples in the ocean as inflation ended and the ocean of energy was converted into matter by the Big Bang and the pattern of the ripples was imprinted into our universe.

‘As regions of slightly different density in the hydrogen and the helium gas formed shortly after the Big Bang, the denser regions of gas collapsed to form the first stars and the first galaxies and nine billion years later a new star formed in the Milky Way – the sun. The star was joined by eight planets, including Earth, and nearly 13.8billion years after it all began, we emerged blinking, into the light.’

It doesn’t quite have the drama and lyrical beauty of the Creation as told in the King James Version of the Bible, does it? ‘And the earth was without form, and void; and darkness was upon the face of the deep. And the Spirit of God moved upon the face of the waters …’

For all that, Universe was very entertaining, visually spectacular and quite relaxing viewing. But in the end, I still really, really, wanted to know where it all came from. So come on, Brian – in your next series, get us across that ocean of energy and tell us what’s on the far shore.