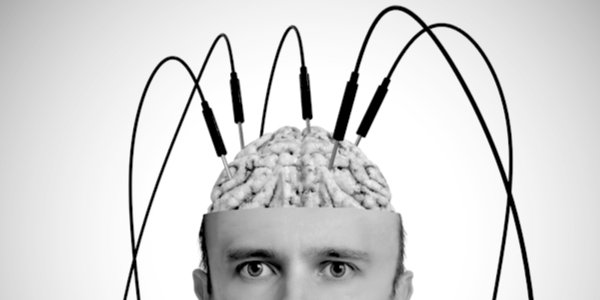 THE answer to the prejudice blighting the world has been staring us all in the visage, according to an Italian psychologist. Zapping the brain with electricity would wipe out bias in a flash, says Maddalena Marini.

A post-doctoral researcher at the Italian Institute of Technology, Ms Marini claims that decades of trying to overcome bigotry via persuasion have had little effect.

So the next step is to introduce electric or magnetic currents into the transgressor’s napper. This, she says, would ‘modulate the mechanisms through which the brain regulates our behaviour’.

She adds: ‘Studies have allowed us to define a network of brain regions causally involved in these processes, showing that by increasing or decreasing the activity of some of these areas it is possible to reduce the strength of unconscious stereotypes, like the prejudice that leads to associating acts of terrorism with being of Arab origin.’

Ms Marini, who gave a lecture this year on getting rid of gender bias, produces no evidence of how frazzling the grey matter will make us better people, but we’ll forgive her for that because she is definitely a bit of a babe.

So come on, Boris, what are you waiting for? Sign her up! Perhaps 240 volts between the ears might shake Dominic Grieve out of his treacherous antics. Followed by the rest of the turncoat Tories who refuse to do their electors’ bidding.

Maybe lighting up Jeremy Corbyn’s frontal lobes (if he’s got any) will make him less tolerant of anti-Semitism.

And then, if it doesn’t overload the National Grid, we can make a start on the biased BBC.