NewsPaperthe art of publishing
HomeNewsZelensky and a terrible miscalculation
0

Zelensky and a terrible miscalculation 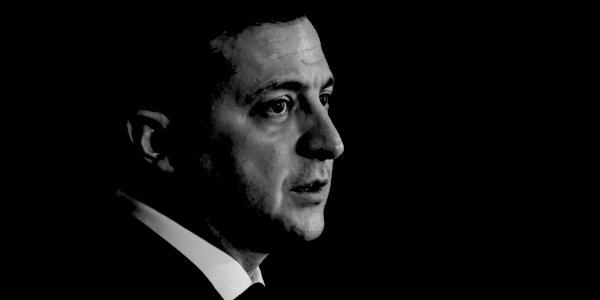 The flower of European statesmanship – sarcasm intended – is making the pilgrimage to embattled Kiev for photo-ops with Ukraine’s heroic, T-shirted President Zelensky. Why? Is it to encourage him to continue Ukraine’s hopeless resistance to Vladimir Putin or is it to urge its end?

When it’s not Germany’s Scholz, France’s Macron and Italy’s Draghi posing with Zelensky, it’s Boris Johnson wearing a Nato rather than an EU hat.

Behind the public smiles, it’s easy to imagine them telling Zelensky: Look, stop fighting because you can’t win. We will help you rebuild. We’ll rush you into the EU which would otherwise take years of negotiation. You’ll be officially become part of the West which Russia says it won’t oppose. We need to sort things out with Putin.

Ursula von der Leyen threw in the Commission’s blessing, with the poison pill that Zelensky would have to deal first with Ukraine’s endemic corruption and disempower its oligarchs before being admitted fully to the EU’s crushing embrace.

The four-month war has so far stayed within Ukraine’s borders but has become a worsening international crisis with unintended economic repercussions because of sanctions and its complication of US-China relations at a moment when America’s geopolitical credibility under the hapless Joe Biden is weak.

Iran, Washington’s other insoluble problem, has been emboldened to hold out against a new nuclear deal with the United States, which should have been signed months ago, by apparently making late demands to which even Biden cannot agree despite desperately wanting an agreement.

The war and sanctions against Russia are affecting Europe in ways it cannot afford. The EU, perhaps gesturally, said that by the end of the year it would cut oil imports from Russia which are important to both sides. Putin, who never lets a retaliation go to waste, has riposted by cutting gas supplies to Germany, France and Italy. This will hinder the efforts of the Europeans to stockpile reserves of gas against the next autumn and winter if the fighting continues. This in itself threatens an EU-wide crisis.

It’s a game of diplomatic tit-for-tat in which every move against Putin is met by a countermove which hurts the sanctioning countries, who all happen to be in difficult economic straits and have restless electorates. Of course, the Europeans claim the moral high ground but that is no defence against the consequences of inflation and a threatening recession.

Oil is scarce. The EU’s green obsessions are destroying its energy security. It needs Russian oil and natural gas to maintain its prosperity. This imperative has to affect how much longer the Europeans can tolerate the war which stands in the way of the re-normalisation of relations with Russia, however much that sticks in the craw of the moralists.

No amount of western applause for Zelensky can disguise the fact that he cannot win and that the longer the war continues the more territory Ukraine will lose permanently to Russia. Its key Black Sea port of Odessa is ultimately at stake. Accelerated EU membership would not compensate for the loss of its main trading outlet.

At the weekend Putin told an economic forum in St Petersburg that Moscow had never opposed Ukraine joining the EU, which is somewhat in conflict with his earlier claims that Ukraine – which historically has often been partitioned between the central European powers – wasn’t a proper country and belonged to Russia.

‘We have never been against it,’ Putin said. ‘We have always been against the military utilisation of Ukrainian territory. Economic integration, that is their choice.’

The wild card is whether he can be trusted about that. The problem with Putin’s statement is that he made strenuous efforts to prevent Ukraine harmonising ties with the EU before the American-backed revolution in 2014 that overturned the pro-Russian government in Kiev and led to Putin’s annexation of Crimea where the Russian Black Sea navy is based.

Acquiescing in Ukraine becoming an EU member now would be contingent on cast-iron guarantees that Ukraine would never join Nato. For the moment, Zelensky has said it would not join for the foreseeable future, which does not go far enough for Moscow.

The origin of this entire conflict is Nato’s post-Soviet expansion to Russia’s western border and its invitation to Ukraine to join against strong opposition from Moscow. The official cession of the Russian-speaking parts of eastern Ukraine that Putin has captured will not change the fact that there will still be a border between the two countries, although it will have shifted westward.

Putin distrusts Nato as much as Nato distrusts him, even less so now that Nato has agreed to let Finland join, adding 800 miles of border with Russia.

Although the EU has been centre stage in recent days, the Europeans in Nato are militarily dependent on US leadership. Publicly, Biden and Americans in general give full support to Ukraine. But will this last the more evident it becomes that the Ukrainian army has been losing from the start? The American media have started to stress that Ukrainian army losses of upward of 100 dead per day are unsustainable.

National Review magazine quoted what it called a ‘former US official’, who in turn was quoting Ukrainian sources, as saying that Biden and Zelensky were squabbling over responsibility for the war.

Biden apparently reproaches Zelensky for not heeding his warnings that the Russians were going to attack. It is true that Zelensky did publicly reject such advice in the weeks before the invasion on February 24. Zelensky knows the Russian mind and why he remained so relaxed is a puzzle.

Putin had been badgering the Americans about Nato’s post-Soviet eastward expansion – an ‘existential threat’ – throughout 2021, when he talked to Biden twice. From last October onwards, Putin had built up an army of at least 100,000 men and tanks on the Ukrainian border to put pressure on Washington and Kiev.

Washington understood that Putin did not go to all that trouble to pack up and go home empty-handed. Why didn’t Zelensky, unless he thought Biden would go all the way on his behalf? A terrible miscalculation.