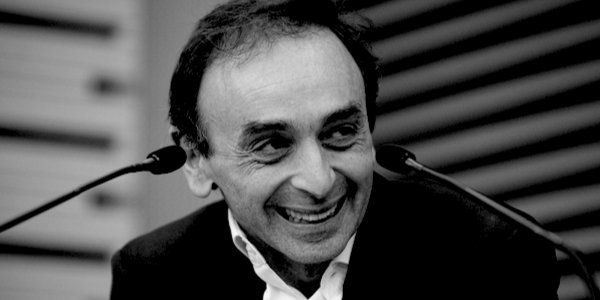 ERIC Zemmour’s decision to run for the presidency of France means immigration will be a headline election issue forcing all the political parties to take a public position. This is potentially explosive in a continent where governments have long been at loggerheads with their electorates over the mass influx of migrants.

Zemmour, a polemical journalist and author of books railing against immigration and its threat to French values and traditions, doesn’t expect to defeat President Macron in the May 2022 election. His objective is to force the Parisian establishment to take account of the disregarded populist Right who are 35 per cent of the electorate. Like him, they believe the real purpose of immigration, hidden from them by their elites, is to replace the French people with migrants. He calls it The Great Replacement.

Zemmour will do Macron the favour of splitting the populist vote which has until now belonged to the former Front National, which has re-invented itself as the more moderate Rassemblement National or RN; the party is no longer openly anti-immigrant.

The sanitisation of the Rassemblement is why Zemmour overtook its leader and presidential candidate Marine Le Pen. She has lost 12 points in the polls since the summer and is narrowly behind Zemmour, who has no party and no experience in practical politics. The figures of both are in the mid-teens. Macron is well ahead at 24 per cent.

Zemmour’s colleague at Le Figaro, Vincent Trémolet de Villers, wrote: ‘Forty years of political life without a proper democratic debate about immigration has consequences. The issue was abandoned by the sterilised RN. He has seized it with a mixture of audacity and brutality.’

France’s elites, as elsewhere in Europe, believe that immigration is unstoppable because of a combination of globalisation, the unequal distribution of wealth and opportunity, ease of travel, people-trafficking, post-colonial responsibility and the influence of supranational bodies such as the EU and the UN which support freedom of migration.

Although governments don’t like to talk about it, immigration and Islam have been powerful drivers of uncomfortable change and opposition across all the EU countries as well as the UK. They have created problems – notably crime and terrorism – which multiculturalism has failed to resolve.

Zemmour’s notoriety comes from his columns in Le Figaro and two books advancing population replacement theory, Le Suicide Français in 2012 and La France n’a pas dit son dernier mot (France hasn’t said its last word), the latter published in September as a scene-setter for his presidential bid. He depicts mass immigration, mainly from Muslim North Africa and France’s former sub-Saharan colonies, as a threat which will destroy historic France through force of numbers.

He is outspoken but not completely alone even among the elites. President Macron telephoned him last year to discuss his views. Macron wants to eliminate Islamist separatism or political Islam and insists the three million Muslims in France must become fully French. But he stops short of halting immigration. Zemmour says he warned him that current policies were leading to civil war.

Jacques Barnier, the former EU Brexit negotiator and a candidate for the nomination of the Centre-Right Gaullist party now called Les Républicains or LR, has urged a pause in immigration, breaking a long taboo against any convergence between the mainstream and the populist Right.

Zemmour – along with Macron and Barnier – has moved the dilemma centre stage in a national election for the first time in a leading EU country where it risks unleashing forces that are hard to control. Macron will be re-elected but may inherit reinforced societal divisions.

Opponents will do to Zemmour what they did to the former Front National, though with decreasing success over the years – throwing up electoral roadblocks and insisting that the populist Right has no place in acceptable political discourse in France which claims to have been the cradle of human rights since 1879.

Zemmour had an immediate lesson in what awaits when he sat for the first interview since confirming his candidature on the flagship evening news show at TF1 and was roughly handled by presenter Gilles Boileau.

Afterwards, he accused Boileau of acting like an ‘ill-willed, pugnacious prosecutor’, plucking themes from his books out of context and of failing to ask him about his project for France if he became president. He called Boileau a clever-dick who took a different tone with other candidates and laid on a show for fellow journalists.

While it’s true that liberal journalists ask Right-wing interviewees tougher questions, it was naïve of Zemmour to think that his writings would not be at the centre of his opponents’ attacks. They are the reason he is able to fight this election. Replacement theory is anathema to liberals.

The clash underlined how fraught an election fought around immigration – and, by implication, racism – could become. Many younger French Muslims are French-born, as French as Zemmour whose parents came to France from Algeria. They, however, are more likely to resist Macron’s demand that they give up their non-French background and become French like the French.

Share
Facebook
Twitter
WhatsApp
Email
Previous articleYou’re TV’s master of the universe, Brian – but can you tell us who made it?
Next articleOur Man Chatty’s festive greetings